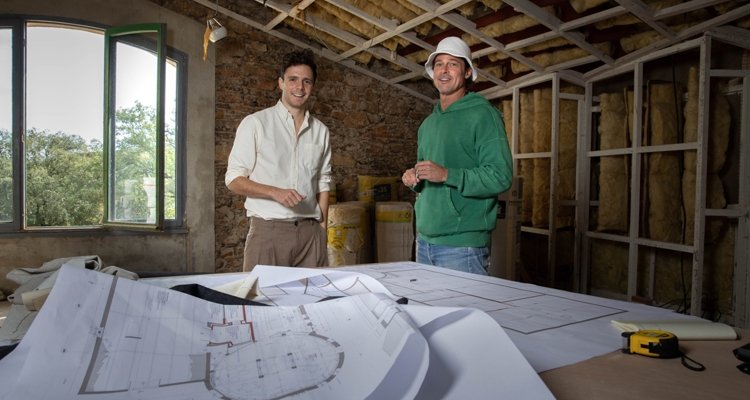 Brad Pitt and Damien Quintard are renovating the famed Miraval Studios to re-open in 2022.

In 1977, Miraval Estate owner Jacques Loussier built Studio Miraval as a state-of-the-art recording studio. The studio hosted sessions for some of the most famous acts in rock, including Pink Floyd, AC/DC, Sting, The Cure, and many others. The studio was active until the early 2000s but has sat unused for nearly 20 years.

Estate owner Brad Pitt is teaming up with French producer Damien Quintard to restore the studio in a massive renovation project. The completely redesigned and updated Miraval Studios will open in summer 2022. Inquires for booking the studio are now being considered. Pitt chose Quintard for the redesign project, though much of the original equipment is still in working order.

“In addition to the original gear on which so many classic albums were recorded, the studio is built around a desk designed by Pitt and Quintard with hybrid analog/digital capacities, while boasting a fully integrated Dolby Atmos system as well as technology to handle pre-mixing for film and television,” the press release reads.

“With its 25-foot ceilings, Studio One has a 100 square meter control room and 320 square meter live room that conserves what Quintard describes as the “heritage of the quirky sound” of the iconic drum room pioneered by Loussier.

“The facility also has a remarkable natural reverb so we can record voices or instruments anywhere in the studio. It really is a space where you can produce anything from pop and rock, to hip-hop and classical records,” Quintard says.

Miraval Studios will feature recording booths, a room housing vintage synthesizers and other rare gear, and workstations for sound and video editing. There’s also a swimming pool and a tower connected to the studio to house visiting bands and musicians on the property. Brad Pitt signed a joint venture partnership with Damien Quintard for Miraval Studios this year.