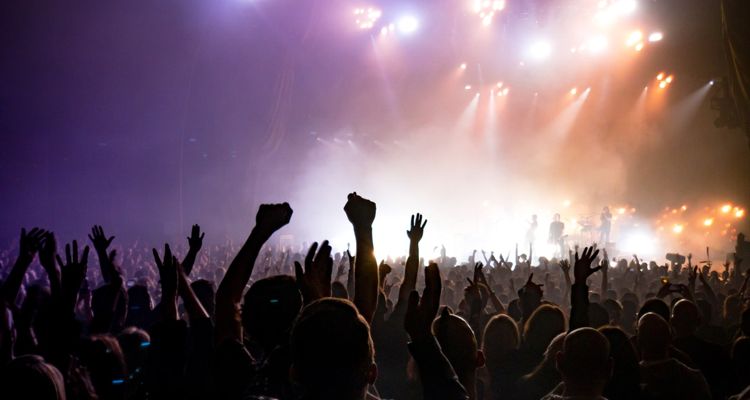 Earlier this week, a troubling report revealed that fan no-shows had surged to an estimated 40 percent in the UK. Now, a different report yet is shedding light upon ticketholders’ failure to attend live concerts in the US, as some big-name performers grapple with an over 20 percent no-show rate ahead of a jam-packed 2022 concert schedule.

The Guardian interviewed several promoters and live music professionals in the UK as part of the initially noted report, and subsequently, the Music Venue Trust (MVT), citing the results of a new survey, warned that grassroots music venues were on the “brink of collapse.”

As part of the latter, the non-profit venue advocate disclosed that live concerts establishments had suffered double-digit attendance, advance-ticket sale, and revenue declines in the week since the UK government announced its Plan B COVID-19 restrictions.

But the unsettling trend hasn’t been limited to live concerts in the UK, according to a report from The Wall Street Journal, which specified that 20 percent or more of those who bought tickets to see acts like The Eagles, Dead and Company, and George Strait failed to turn up for certain shows.

For reference, big-name acts’ gigs typically experience a one percent to three percent no-show rate, according to the same source. And a Live Nation spokesperson specified that 17 percent of tickets purchased for stateside performances in 2021 hadn’t “been scanned in” as of November 30th – up from 12 percent in 2019.

More pressingly, the reported attendance downturn is also affecting indie venues and artists, who draw a large portion of their revenue from food/beverage and merchandise sales, respectively.

“Smaller club and theater shows have seen [no-show] rates as high as 25% to 30%,” the report also indicates, citing remarks from Billboard’s Dave Brooks and noting the gigs’ comparatively low ticket costs. Separately, the text relays that “artists like the Flaming Lips and Billy Joel have also seen no-show rates of 20% or more at some shows.”

In the new year, it’ll be worth following the discouraging hike in concert no-shows – particularly because so many artists are preparing to hit the road. Recent weeks have brought all manner of 2022 tour announcements, and the last seven days alone have seen Korn, Shinedown, Tim McGraw, Jack White, and comedian Aziz Ansari unveil performance series for next year.

Plus, Saudi Arabia intends to host 500 to 600 percent more concerts in 2022 than it did in 2019, following recent shows from Justin Bieber and David Guetta. At the time of this piece’s writing, Live Nation stock (NYSE: LYV) was up about four percent from yesterday’s close, for a per-share price of $105.46.