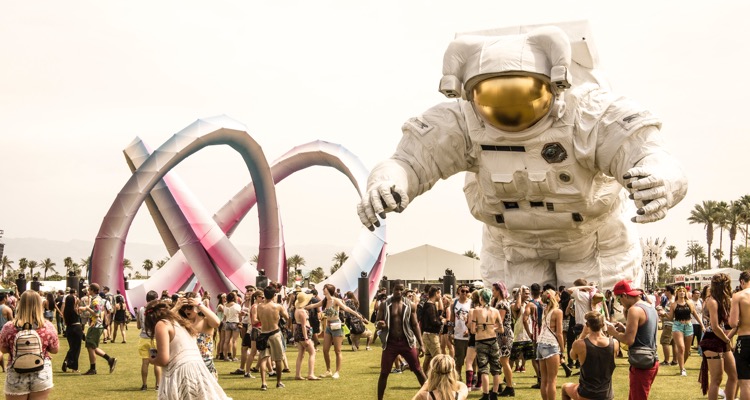 Earlier this week, a judge granted Coachella’s request for a restraining order involving a year-end event called “Coachella Day One 22.” Now, Live Nation – which Coachella and Goldenvoice are suing for selling tickets to the happening – has fired back against a new “midnight ex parte” application from the plaintiffs.

The underlying courtroom confrontation kicked off 10 days back, when Coachella and AEG’s Goldenvoice sued Live Nation (as well as a web-domain company) for trademark and service-mark infringement.

In brief, these allegations center on an event, the aforementioned Coachella Day One 22, that the Twenty-Nine Palms Band of Mission Indians will host (at a venue called Coachella Crossroads, about five miles from the site of Coachella proper) on December 31st.

Shaquille O’ Neal (as DJ Diesel), Getter, and E-40 are booked to play the New Year’s festival, and Lil Wayne was recently added to the lineup – seemingly prompting a material ticket-price increase on Ticketmaster.

Acknowledging that the indigenous tribe “may have sovereign immunity” from the infringement claims, the plaintiffs nevertheless alleged that Live Nation had “irreparably harmed” Coachella by selling tickets to the festival. Plus, despite Live Nation’s removing the word “Coachella” from the show’s page on Ticketmaster, the original name remained “in certain Live Nation advertising and in other advertising associated” with Day One, per the action.

Along with the lawsuit, Coachella and Goldenvoice submitted an ex parte application for a restraining order, which, as noted at the outset, was approved in part earlier this week. The presiding judge specifically enjoined “Live Nation from promoting and selling tickets on Ticketmaster.com for Twenty-Nine Palms’ music event under the name Coachella Day One 22.”

Also worth disclosing is that the order gave the defendants until Monday, December 27th “to show cause, in writing, as to why a preliminary injunction should not issue.” Said order likewise barred Bluehost (the domain company) “from hosting content on CoachellaCrossroads.com that promotes Twenty-Nine Palms’ music event under the name Coachella Day One 22.” (The event’s updated poster reads “Day One 22 NYE.”)

Live Nation, as initially highlighted, has fired back against another ex parte application from Coachella and Goldenvoice, which allegedly submitted the corresponding filing at “midnight.”

The plaintiff music festival and its promoter “are wasting the Court’s time with their latest emergency application,” Live Nation indicates off the bat, noting that it marks “their third in eight days” and involves the Twenty-Nine Palms’ website and Day One billboards, which “have nothing whatsoever to do with Live Nation.”

Higher-ups at the Beverly Hills-based concert promoter say that they filed a “notice of compliance” with the first order (regarding the removal of “Coachella” from the Day One 22 listing on Ticketmaster) at about 5:15 PM on Monday.

Then, 4:38 PM the following day brought another notice from Coachella and Goldenvoice, which relayed this time that they “intended to file another ex parte application seeking modification of the restraining order on the grounds that the Tribe ‘continues to infringe and has intentionally taken steps to frustrate the Court’s order,’” per the document.

Live Nation’s attorneys responded at 7:46 PM that same evening, the detail-oriented text proceeds, relaying that the tribe isn’t subject to the court’s orders but was (to the best of Live Nation’s knowledge) nevertheless in the process of altering its Coachella Crossroads website. And additional details about the changes would arrive the following day, the defendants also said, seemingly in terms of the Day One organizer’s billboards.

But after asking “no further questions,” the plaintiffs allegedly waited until 11:53 PM local time and “filed anyway,” the document states.

“Rather than wait twelve hours (or less) for the Tribe to implement the changes,” Live Nation counsel wrote, “Plaintiffs filed just before midnight, abusing the ex parte process to maximize the burden on the Tribe’s ticketing agent.

“Their goal is [to] harass Live Nation with incessant emergency motion practice even if it means concealing material facts and lying,” continues the Ticketmaster parent company’s filing. Besides opposing the ex parte application itself, the defendant event promoter has requested clarification as to whether the court “is considering a preliminary injunction against Live Nation that is any broader in scope than the current restraining order.”

And if “further briefing regarding a potential preliminary injunction” is required, Live Nation has asked for “additional time to prepare its brief.” Notwithstanding these legal headaches as well as a newly announced congressional probe into the Astroworld tragedy, Live Nation stock (NYSE: LYV) today cracked $118 per share – about 65 percent higher than its value in late 2020.