How Kane Comfort Is Invoking Emotions Through His Music 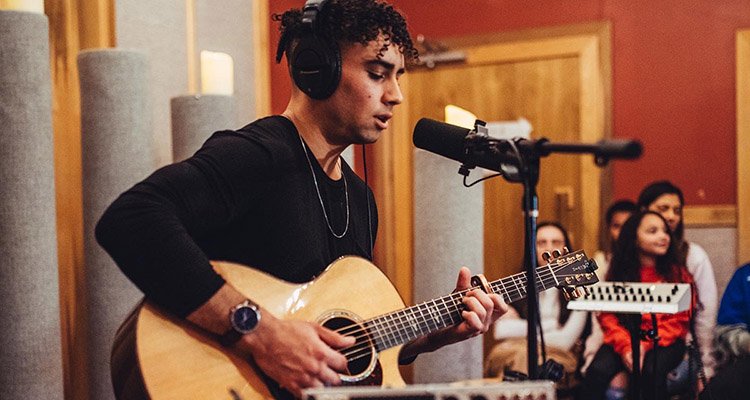 Nashville is a city where you can hear live music throughout the year.

The diverse culture of music in this city has produced all genres of music like rock, pop, R&B, and country music with equal love and passion. Gradually, Nashville has become a hub of contemporary musicians who do not hesitate to experiment to convey their message to the audience. Musician, singer, rapper, and songwriter Kane Comfort is one such example. He is firing up the music scene in Nashville with live performances while also developing a  loyal following on social media through his Vevo channel on YouTube.

Kane Comfort released an EP in 2021 titled Lotus, which comprises 5 engrossing tracks: “Take Flight”, “Vine Full of Scars”, “I Cannot Condone It”, “Raised by the Wolves”, and “Lotus”. The EP was well received which prompted the artist to roll out more material for his fans. Kane next released 3 back-to-back singles titled “Stupid In Love”, “65 South”, and “Green Leaves”. Kane has also released 7 videos on his YouTube channel that have earned him a loyal fan following on social media as well.

Today, Kane Comfort is a sought-after artist for live shows in Nashville.

He is equally popular for his independent releases on digital platforms. In an industry that is saturated with fresh talents, Kane has managed to carve a niche for himself by becoming a musician with a purpose. His songs often invoke deep emotions in the listeners because they are a reflection of his real-life experiences. The story of Kane begins when he was only 2, sitting on his father’s lap and listening to him playing guitar and singing.

Growing up, Kane has strong memories of his father’s love of music. This had a profound influence on Kane as he started loving music from a very young age. Kane loved to sing all the time, in the shower, the car, and even when sitting idle in the living room but he never realized it as a true passion. It was during his college days that Kane discovered his talent for music. Early on Kane did not consider a career in music as it was labeled by much of society as an impractical and unreliable career choice. He obtained a degree in finance but his heart found joy in music.

It was when Kane lost his father to cancer that his perspective about life changed completely.

He understood how precious life is and there is no time for adjustments or compromises. This is when he decided to follow his passion for music as a career. He found his true purpose after he read a letter from his father that were his departing words for his son. The letter had three messages and one was about his advice to Kane on using his talent to impact other people’s lives positively; this is where Kane knew he was on the right path.

Today, Kane is known for his unique music that evokes emotions and soothes the heart. He wants to continue the legacy of his father in the coming years by continuing with his noble purpose, as a soul healer.