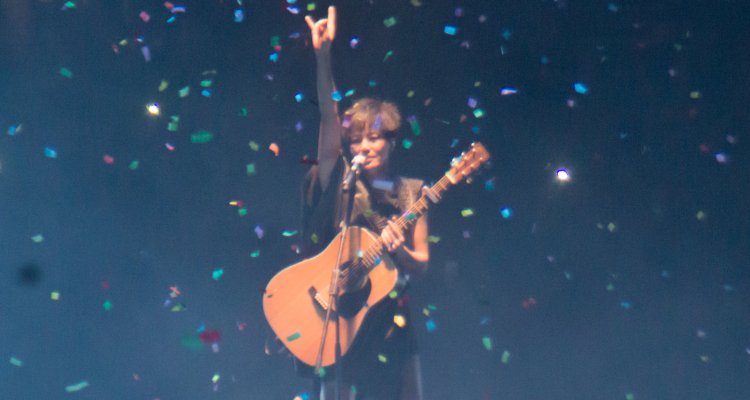 Cantopop singer, actress, and free-speech activist Denise Ho has been arrested as part of a crackdown on Stand News, a Hong Kong-based pro-democracy news platform.

Outlets including AP reported on the corresponding raid – which saw more than 200 police officers storm Stand News offices – as well as the other associated arrests. (A Facebook post on the verified account of Denise Ho said that she had been arrested at home, with police confiscating the Canadian citizen’s passport and other documents, per CNN.) Additionally, the news website’s staff confirmed the development (and their platform’s permanent shutdown) in a message today.

Published on the Stand News homepage, the post acknowledges at the outset that law enforcement had “arrested a number of senior and former senior personnel of the company,” “took away many people to assist in the investigation,” and “seized a number of computers and some documents.”

Consequently, the seven-year-old pro-democracy news service will “cease to operate immediately,” with the editor-in-chief having resigned and other staff having “been immediately dismissed,” according to the text. The message closes by reiterating its authors’ commitment “to protecting the core values of Hong Kong such as democracy, human rights, freedom, rule of law and justice.”

Denise Ho – a longtime democracy advocate whose music has been banned in China – was among the “number of senior and former senior personnel” who were arrested in this latest free-speech crackdown, as mentioned.

A former Stand News board member, the What Really Matters artist and at least five others were specifically charged with “conspiracy to publish a seditious publication,” per AP.

The “crime” carries a maximum two-year prison sentence and roughly $641.50 (HKD 5,000) fine, and a message published on Ho’s official Facebook account yesterday evening encouraged fans not to worry about the democracy proponent’s wellbeing. At the time of this piece’s writing, the post had garnered nearly 6,000 supportive comments and over 73,000 likes.

Plus, more than a few activists and politicians are weighing in on the CCP’s newest assault upon basic rights via social-media posts of their own.

“The arrests of #StandNews staff & singer Denise Ho @hoccgoomusic are yet another example of the Beijing authorities’ crackdown on free speech in #HongKong,” wrote Taiwan President Tsai Ing-wen. “We in #Taiwan regret to see their detention & call on the international community to stand up for freedom & democracy in HK.”

“When free press is the focal point of human rights discussion this year, CCP keeps charging journalists and media that dare to challenge them and speak the truth,” penned Hong Kong activist Nathan Law, who now resides in London. “Among many others, the arrests of Denise Ho, Margaret Ng are prime examples. RELEASE THEM!”

Denise Ho’s arrest represents one of many that the Chinese Communist Party has executed in the music industry (and broader entertainment space) in 2021. Notwithstanding these and other politically motivated human-rights abuses – as well as efforts to reign in conglomerates such as Tencent – certain of the Big Three record labels have continued to tout their strong relationship with CCP officials.