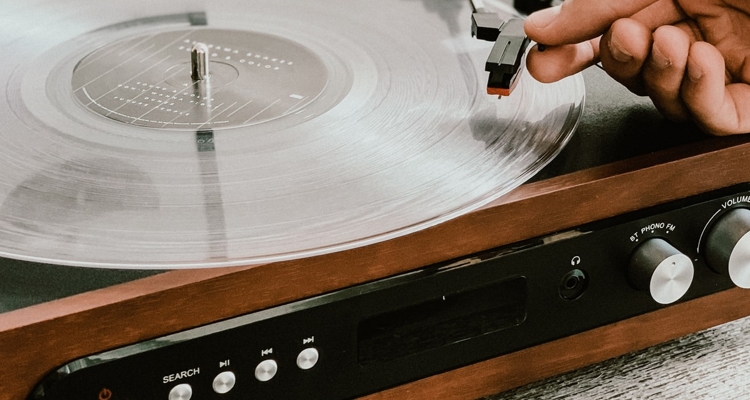 Vinyl sales continued to grow in the US and the UK during 2021, according to newly released data. Photo Credit: Victrola

Vinyl sales are continuing to grow in both the US and the UK, according to newly released data, with stateside fans having reportedly purchased 2.11 million vinyl albums during the seven days ending on December 23rd – the highest weekly total since at least 1991.

This and other interesting stats came to light in just-unveiled yearend reports from the British Phonographic Industry (BPI) and MRC Data. Beginning with the UK, the BPI revealed that domestic fans purchased north of five million LPs on the year – marking an eight percent improvement from 2020 as well as the format’s 14th consecutive year of commercial growth.

Regarding the UK’s 2021 vinyl sales specifics, ABBA’s Voyage is predicted to be the top-selling album of the year – having moved 29,891 units in its first week on the market – followed by Adele’s 30, Fleetwood Mac’s resurging Rumours, Ed Sheeran’s =, and Amy Winehouse’s Back To Black, respectively. Meanwhile, over 900 vinyl albums sold at least 1,000 copies apiece, according to the BPI analysis.

Interestingly, the BPI’s yearend breakdown – not including streaming data, which is set to become available next Tuesday, January 4th – also relays that CDs’ long-running sales decline finished at only 12 percent in 2021, compared to 27 percent annually between 2018 and 2020.

Similarly, UK cassette sales, at approximately 190,000 units, were up 20 percent from 2020 – the highest total since 2003 and its 243,000 units sold. Olivia Rodrigo’s Sour led the pack in 2021 cassette sales in the UK, the document indicates, ahead of Dave’s We’re All Alone In This Together, Lana Del Rey’s Chemtrails Over The Country Club, Queen’s Greatest Hits, and Coldplay’s Music of the Spheres, respectively.

In the US, MRC Data reported that vinyl sales totaled 2.11 million albums during the seven days ending on December 23rd, as mentioned – the highest sales figure since at least 1991, when the entity began tracking the data.

Adele’s 30 placed first in units moved across the week (59,000 copies), and the stretch likewise represented the sixth consecutive week in which vinyl sales topped one million copies, according to MRC. Of particular note on the latter front is that weekly US vinyl sales have cracked the one million mark a total of 14 times since 1991 – with eight of the instances (including the seven days concluding on December 23rd) having arrived during the last 12 months, per the breakdown.

Amid this vinyl sales growth, the format managed to outsell CDs for 23 weeks in 2021. Since 1991, weekly vinyl sales have surpassed CD sales just 28 times in the States, per MRC Data, with the remaining five occurrences attributable to 2020.

Bearing in mind the considerable demand for vinyl – as well as the still-increasing number of releases on the format – some artists are turning to CDs and cassettes on the physical side.