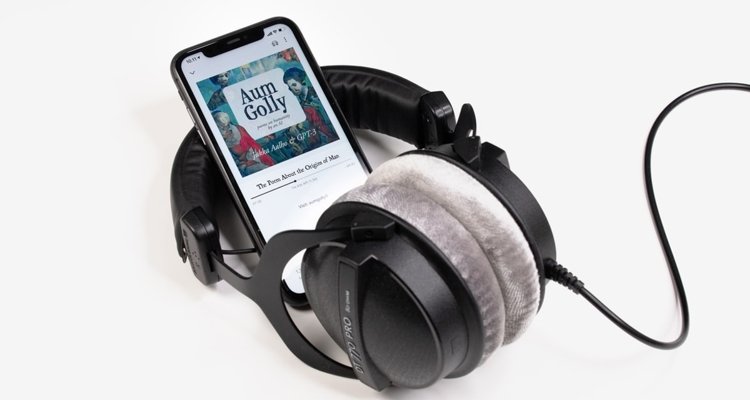 The Apple One bundle has been incredibly successful for Apple. Now the Cupertino giant sets its sights on audiobooks.

Apple’s subscription services encompass a wide variety of services. It includes Apple TV+, Apple Arcade, Apple News+, Apple Fitness+, and Apple Music. But a new report suggests Apple may be seeking to offer an audiobooks subscription service to better compete with Netflix, Disney, and Amazon. A report from The Economist cites, “there is talk of an audiobooks service later this year.”

But industry chatter around Apple suggests the report is probably concrete. Bloomberg’s Mark Gurman says we should expect to see more services from Apple in 2022. He doesn’t make any assumptions about what those services may be but concludes that Apple will “expand the Apple One program and better integrate services.”

“In order to get as much value out of its services, Apple will need to offer better bundle packages and better integrate its various different offerings in 2022 and beyond,” Gurman says in his report.

Offering an audiobooks service may turn the Apple Books service into a full-fledged Audible competitor – which is surprisingly non-existent for the spoken word category. Apple’s services division has its fingers in so many pies that it’s hard to say when a service like this could launch.

Apple News+ is still pretty barebones in terms of what it offers to subscribers. Audiobooks lovers who subscribe to Audible have come to expect a baseline of service – at least one free audiobook per month. The $7.95/month Audible Plus plan offers subscribers access to Audible originals, audiobooks, sleep tracks, meditation programs, and podcasts.

Meanwhile, the $14.95/month plan allows listeners to choose a single title a month to listen to while their account is active. That’s often a bargain for audiobook access since buying them may cost upward of $30. Amazon is also pretty generous with its return policy; if you don’t like the audiobook you picked – customer service will allow you to pick another.

The point of all this is that Apple’s audiobooks service needs to be pretty compelling to make it add value. Spinning out its original podcasts into a smaller subscription separate from Apple Music is one step it can take – especially since the Apple Music Voice-Only Plan is already a thing.