COVID-Sniffing Dogs Are Keeping Concerts on Track In 2022 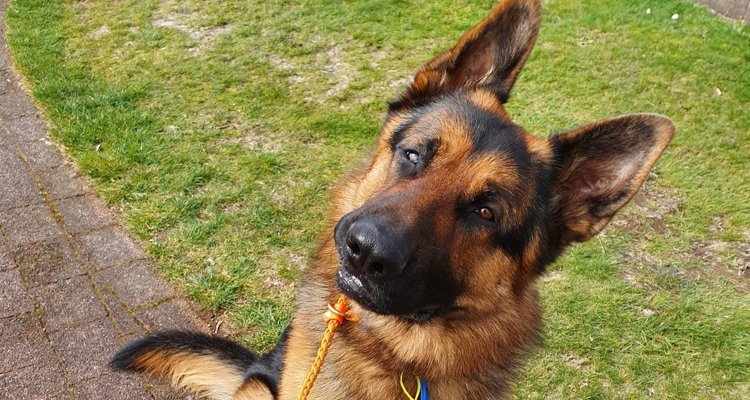 Want to see Metallica, the Black Keys, Tool, or Eric Church this year? You may encounter these COVID-sniffing dogs  that are keeping artists touring.

Venues, promoters, and organizers are doing their best to keep everyone safe. N95 masks, hand sanitizer, vaccines, and negative tests haven’t stopped the spread completely, though. Now tours are turning to COVID-sniffing dogs like German Shepherds and Labrador retrievers to help keep them safe. These dogs are specially trained to detect traces of the virus in crew members.

“So far, knock on wood, the dogs have been knocking it out of the park,” John Peets of Q Prime told Rolling Stone. Q Prime manages Eric Church and Metallica. “We haven’t had a dog miss anybody.” Church used the dogs during his fall U.S. tour. Meanwhile, Metallica hired the dogs for fall shows in Fort Lauderdale and Atlanta, as well as their 40th-anniversary gig in San Francisco.

Eric Church is kicking off the 2022 leg of his Gather Again Tour in Nebraska. Alongside him are four German Shepherds trained to detect COVID. Heavy metal band Tool is using another team of dogs when it starts its tour in Oregon. Country acts like Ashley McBryde, and Brothers Osborne also have plans to recruit COVID-sniffing dogs for their touring activities.

There are currently 12 COVID-sniffing dogs in rotation at concerts, with seven or eight more in training.

Bio-Detection K9 president Jerry Johnson worked with dog teams in Iraq and Afghanistan in the 2000s, so he knew the dogs were capable of detecting faint traces. The animals are taught to sniff people’s hands and feet. If they detect traces of the virus, they signal by sitting down.

How Do COVID-Sniffing Dogs Work at Concerts?

Johnson told Rolling Stone he’s not allowed to discuss the exact details of how many people are flagged. But the process works since the dogs sat for two COVID-positive people from the Eric Church tour.

“Everyone at the loading dock gets sniffed,” a production manager for the Church tour confirms. “We’ve had them get a couple of local guys who thought they were negative. Then those guys went and had a PCR test, and it came back that they were positive.”

But the Omicron-variant is slightly different, according to Johnson. It localizes in the bronchial passageways, so the dogs have to sniff masks to detect it. Just remember, if you do attend a concert where COVID-sniffing dogs are employed – they’re working dogs.

“They don’t like the dogs to get too friendly with people,” Peets tells Rolling Stone. “It throws them off their game. These dogs are in high demand.”