Is the 2022 Grammy Awards Show Moving to Las Vegas? The Latest 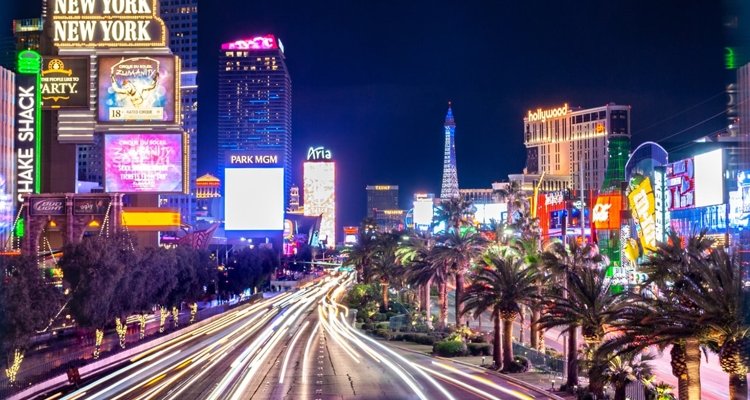 Will the Grammy Awards move to Las Vegas for 2022? Rumors suggest the Recording Academy is moving music’s biggest night.

The Recording Academy and CBS postponed the 64th Grammy Awards show last week. “The health and safety of those in our music community, the live audience, and the hundreds of people who work tirelessly to produce our show remains our top priority,” the announcement reads.

The rumor mill suggests artist pushback was ultimately the reason the Grammy Awards will move to spring. But according to those same rumors, the show will not take place in Los Angeles at the recently-renamed Crypto.com Arena. Billboard says the MGM Grand Garden Arena in Las Vegas is in contention to host the Grammy Awards this year.

Other venues are under consideration, but only the MGM Grand Garden Arena has a quiet hold, sources say.

The lack of replacement venues in Los Angeles may have facilitated the decision to move the awards show. The lack of luxury suites may end up hurting the Recording Academy, though, as Billboard notes. “That could mean a major financial concession for Recording Academy, which generates millions of dollars in sales each year leasing Crypto.com Arena’s 172 suites.”

Tax documents from 2017 highlight just how important those luxury suite sales are to generating revenue. “Suite sales were almost 40% of the $12.8 million in total Grammy ticket sales the Academy generated in 2017 at the Los Angeles Arena,” Billboard reports.

If the Grammy Awards show is held in Las Vegas, it would be the first time it is hosted in a city without a Recording Academy chapter.

The postponement of the Grammy Awards has the Academy running up against the NBA and NHL schedules. Both organizations require every team in their league to hold their stadium dates for April, May, and most of June for playoffs and championships.

Since 1999, one of the three tenant teams at the Crypto.com arena has made the playoffs. The Recording Academy reportedly needs at least two weeks to build the stage for the production.

Which cities have hosted the Grammy Awards show?

The Grammy Awards show isn’t always in Los Angeles, though it may seem that way. Since the event was first telecast in 1971, here’s a peek at the top hosting cities.

If the event does make a move to Las Vegas this year, it would be the cities’ first time hosting.