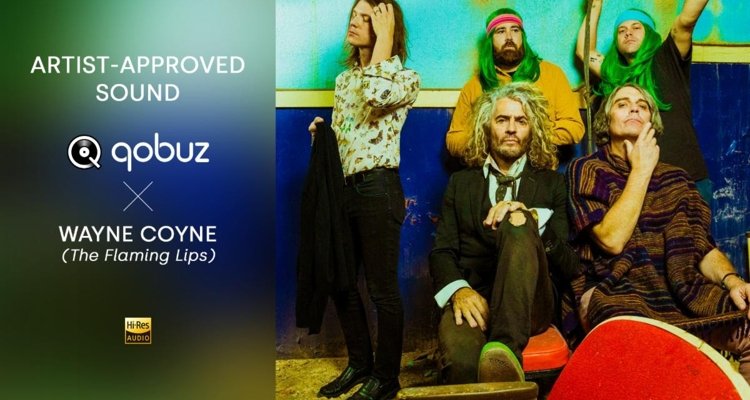 Qobuz is partnering with Wayne Coyne of The Flaming Lips as their hi-res sound ambassador.

His official title is an artist-approved Sound spokesperson. But Coyne will be working to spread the word about Qobuz and its hi-res offerings. His first video features excerpts of Wayne talking about why he enjoys the Qobuz music streaming service.

Coyne will appear in a number of video pieces over the next six months. He’ll also be curating playlists and engaging with the Qobuz editorial team on several initiatives. “It’s always cool to be working with someone who cares about quality sound,” Coyne says.

“Qobuz helps make the thick, complicated, nuanced arrangements and music come through better. Qobuz reminds me of listening to my favorite college radio DJs in the early ’80s, who really knew their music and cared about turning us on to it.”

Dan Mackta, Qobuz’s US Managing Director, says it’s a delight to be working with Coyne. “The Flaming Lips are one of my all-time favorites, so it’s really thrilling to be able to work with Wayne. Music fans who love them are definitely the type of listeners who appreciate our approach to artists, albums, and quality.”

Spotify HiFi was first announced back in February 2021, but it has been absent since. In May 2021, both Apple Music and Amazon Music offered high-fidelity streaming at no additional cost. Spotify listeners have been asking for updates on the Spotify HiFi service for nearly a year now.

“We know that HiFi quality audio is important to you,” the Spotify Community status update reads. “We feel the same, and we’re excited to deliver a Spotify HiFi experience to Premium users in the future. But we don’t have timing details to share yet. We will, of course, update you here when we can.”

Of the major music streaming services, only Spotify and YouTube Music lack a CD-quality streaming option at this point. Audiophile-focused services like Tidal and Qobuz have always been at the forefront of streaming audio quality. Hi-res audio ambassadors like Wayne Coyne may help draw even more attention to that focus for smaller services.