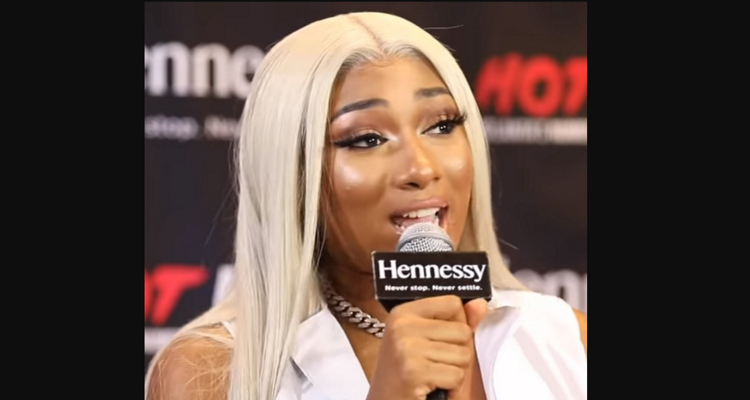 Megan Thee Stallion is preparing to release a concert through AmazeVR. Photo Credit: HOTSPOTATL / CC by 3.0

Seven-year-old AmazeVR’s latest multimillion-dollar raise – which has driven its total funding past the $30 million mark – came to light in a recent report from TechCrunch. The aforementioned Murex and Partners Investment led the round, which also drew support from South Korea’s Smilegate Investment, ABC Partners, and Dunamu & Partners, to name some.

AmazeVR co-CEO Ernest Lee specified that his company intends to use the $15 million tranche to bring on additional staff, with the startup having already grown its team from 12 employees at 2021’s start to 41 employees (across offices in Seoul and Los Angeles) currently.

Regarding AmazeVR’s upcoming concert offerings, the company is set to release a Megan Thee Stallion show through “select AMC Theatres across the U.S. this spring,” according to TechCrunch, and an artist agreement is reportedly in place for a second VR experience.

(“AmazeVR is partnering with movie theaters around the world to transform traditional auditoriums into VR concert venues,” the business’s website elaborates. “Theaters will be outfitted with state-of-the-art VR headsets for total immersion while leveraging surround sound audio for breathtaking realism.”)

As an aside, Megan Thee Stallion is signed to 300 Entertainment, which Warner Music Group bought last month, and the Big Three label itself has made several investments in virtual concert and gaming companies.

The long-term – and specifically the post-pandemic – viability of VR concerts remains to be seen, particularly because so very many artists are preparing to embark on tours in 2022 and 2023.

In addition to the array of live-music events announced in 2021, this year’s first 12 days have brought tour announcements from Billy Strings, Miranda Lambert, Bon Jovi, The Dead South (in the form of extra dates on the Served Cold Tour), and Lil Durk, among many others.

But AmazeVR sees a market for the performance offerings, and execs reportedly intend to begin releasing VR concerts on a weekly basis (to theaters as well as homes) by 2024. Given the company’s office in and strong professional ties to South Korea, it’s worth reiterating in conclusion that K-pop sensation BTS is less than one year away from being temporarily split up due to mandatory military-service requirements.

With full-scale concerts featuring the entirety of the seven-piece act seemingly off the table during this multiyear stretch, pre-recorded VR sets could potentially assuage ARMY diehards’ desire for engaging live-music experiences involving the whole group.