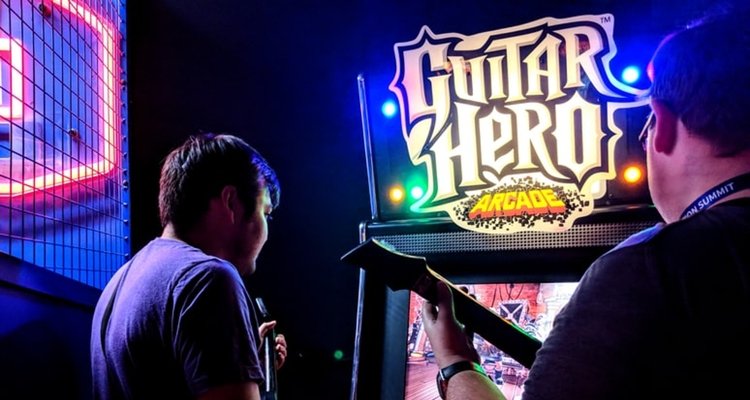 Microsoft is acquiring Activision Blizzard in a deal worth $69 billion – will the deal help revive Guitar Hero?

Activision Blizzard is the publisher of several major gaming franchises. Call of Duty, World of Warcraft, Diablo, and Guitar Hero are just a few. The deal dwarfed the previous record for an acquisition when Microsoft paid $26 billion to acquire LinkedIn in 2016. Once the deal closes, Microsoft will be the third-largest gaming company by revenue, behind only Tencent and Sony.

“Upon close, we will offer as many Activision Blizzard games as we can within Xbox Game Pass and PC Game Pass, both new titles and games from Activision Blizzard’s incredible catalog,” says Xbox CEO Phil Spencer. But does that mean Microsoft plans to revive the Guitar Hero franchise?

Guitar Hero is a large part of why Activision was so successful in its early days, before the merger with Blizzard. The company disbanded its Guitar Hero business in 2011 and discontinued the development of those games the same year. Activision cited the “continued decline in the music genre.” But fans have been asking for a revival of this series for nearly ten years now.

Who owns the Guitar Hero franchise?

The Guitar Hero franchise was originally created by Harmonix and RedOctane. But the rights to the series were bought out by Activision, who gave the IP to its internal game studio Neversoft to develop. That means rights for the Guitar Hero IP would transfer to Microsoft as part of its Activision acquisition.

Who owns the Rock Band franchise?

Harmonix retained the rights to its popular Rock Band franchise. Epic Games acquired Harmonix in 2021 for an undisclosed amount of money. Sony has directly funded Epic Games with $200 million in seed funding, setting up a Microsoft-led Guitar Hero and a Sony/Epic-funded Rock Band showdown for the metaverse.

Will music games make a comeback in 2022?

Epic Games acquired Harmonix with the intention of integrating its music technology into the metaverse. With Microsoft acquiring Activision, the music game genre could very well see a revival. Both companies have extended plans with access to previous music IPs – so growth in this space will be interesting over the next five years.