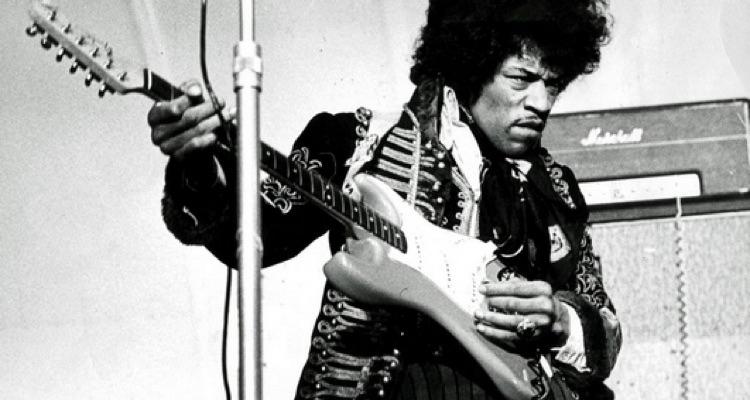 Experience Hendrix and Authentic Hendrix – which were founded by Hendrix’s father before his 2002 death and possess the namesake artist’s “copyrights and trademark rights” – just recently joined Sony Music Entertainment in filing the 20-page-long complaint in a New York federal court.

Shortly thereafter, “Redding and Mitchell filed and asserted claims” regarding the royalties from their group’s recordings, according to the legal text.

Said claims “were settled by signed full, broad general releases and covenants not to sue, to the Estate of Jimi Hendrix,” the document continues, with the agreements having allegedly “extended to any recording which may be released or mastered in the future.”

Redding signed off on the contract in April of 1973, the new lawsuit states, and Mitchell did the same in late September of 1974.

The substantially similar contracts saw the signees agree to “‘release the ESTATE OF JIMI HENDRIX, deceased, its successors and/or assigns…from any and all liability or responsibility to account to me for or pay royalties or other compensation to me in connection with” the group’s recordings, according to the complaint.

Redding and Mitchell “collaborated with the Hendrix Companies on various enterprises” before they passed, and neither man “ever asserted an ownership interest” in the recordings at the center of the case, per the plaintiffs.

But December of 2021 saw the defendants send a seven-page cease-and-desist letter to Sony Music’s London office, threatening “imminent litigation if their demands were not met,” the action reads.

Said defendants represented themselves as “the recent assignees of ‘all rights of copyright and all other rights’ from each of Mitchell’s and Redding’s estates,” the suing parties maintain. The corresponding letter acknowledges the 1973 and 1974 settlement agreements “but threatens litigation on the basis, inter alia, that these broad New York general releases and covenants not to sue are unenforceable against” the defendants.

The letter likewise alleges that the Hendrix companies and Sony Music owed “‘millions of pounds’” in damages from the last 50 or so years.

Predictably, given the present litigation, the plaintiffs are claiming that the contracts signed by Mitchell and Redding are “valid and enforceable,” with any related suit having been “time-barred decades ago.” Moreover, the filing entities are seeking declarations that the decades-old contracts with Mitchell and Redding are valid and that the defendants therefore aren’t subject to infringement or owed royalties.

Lastly, the plaintiffs are asking the court to pay their legal fees and issue a restraining order barring the defendant estates “from claiming any rights of ownership or intellectual property rights” pertaining to the Jimi Hendrix Experience recordings.

About one year back, a federal court found multiple relatives of Jimi Hendrix guilty of trademark infringement in a separate lawsuit from Experience Hendrix and Authentic Hendrix.