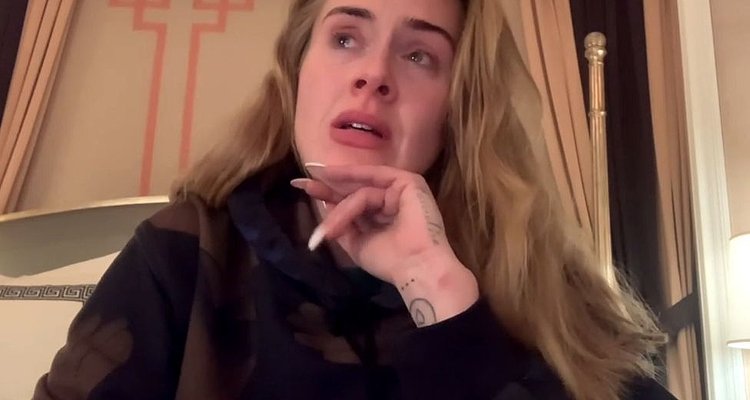 The singer took to Instagram in a tearful plea announcing the news. “I’m so sorry, but my show ain’t ready,” the singer says. “Half my team has COVID, and it’s been impossible to finish the show.”

Adele says delivery delays have also wreaked havoc on plans for the show to open tonight. She was due to play the first of 24 concerts at the Caesar’s Palace Colosseum.

Adele’s Las Vegas residency was announced back in November as part of her latest album celebration. The Weekends with Adele series would have seen the singer performing two shows a weekend until April – but it’s been postponed indefinitely. Tickets for the Adele Vegas shows ranged from $85 to $685, depending on seating. The singer was forecast to make more than $675,000 per performance.

The Las Vegas residency would have been Adele’s first return to live shows in five years.

Aside from the televised concert and two dates in London’s Hyde Park this summer, the residency was her album promotion. In her tearful Instagram post, the singer says she had been up for 30 hours trying to find a way to make the first production happen.

“It’s been impossible to finish the show. I can’t give you what I have right now, and I’m gutted,” she says to her nearly 50 million followers. She offered an apology to fans for the last-minute announcement. “I’m sorry it’s last minute. I’m so upset, and I’m really embarrassed, and I’m so sorry to everyone that’s traveled again.”

“We’re going to reschedule all the dates; we’re on it right now. And I’m going to finish my show. I want to get it to where it’s supposed to be [but] we’ve been up against so much, and it just ain’t ready,” Adele laments as she cancels her Las Vegas residency.

Fans have generally been supportive, but others have expressed dismay that the singer waited so long to cancel. “I was furious that Adele waited so last minute to make this call,” says Gillian Rowland-Kain, from New York. She was on a flight to Las Vegas when she found out about the cancellation via social media.

“I recognize it’s not a call any artist wants to make, but she would’ve known yesterday that the show wouldn’t be ready by tomorrow. Her lack of notice is astounding. I’m angry and frustrated.”