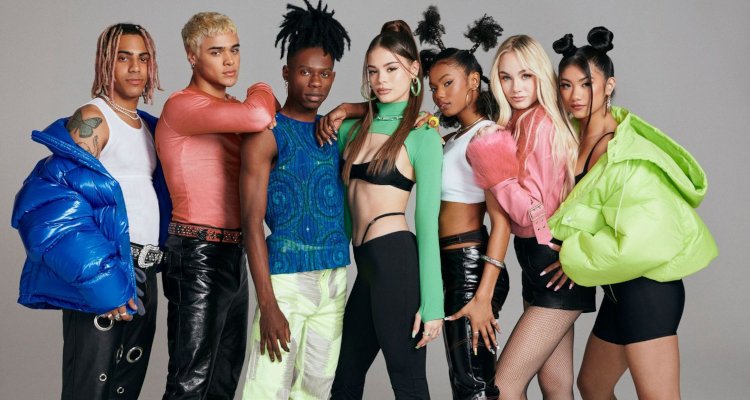 Back in August of 2020, TikTok tapped American Idol creator Simon Fuller to discover and develop emerging artists on the short-form video-sharing app. Now, the 61-year-old has officially unveiled The Future X, “the first group to be born on TikTok.”

The So You Think You Can Dance executive producer and ByteDance-owned TikTok just recently announced the debut of The Future X, which consists of three singers and four dancers.

Higher-ups then compiled these submissions into “an impressive audition short-list,” the text proceeds, from which the former Spice Girls manager Fuller selected the above-named professionals to form The Future X.

The members of the “dynamic new pop group” are “living and working together in their Malibu compound,” the document continues, “putting the finishing touches to their launch music and preparing for their first live performances in March 2022, when they will join Now United’s sold-out arena tour of Brazil.”

Simon Fuller formed Now United – which currently consists of 18 members – in 2017, and the decidedly large group boasts about 657,000 monthly listeners on Spotify. Regarding the label through which The Future X will release music, beginning with a single in February, the act has inked an agreement with Sony Music Entertainment’s Columbia Records.

Two of Sony Music’s most well-known artists, Doja Cat and Lil Nas X, rose to prominence on TikTok. Moreover, SME previously finalized a deal with a TikTok talent agency and signed a massive licensing pact with the platform itself in 2020, when the service’s stateside ban appeared imminent.

Notwithstanding the considerable controversy surrounding TikTok – relating to everything from user privacy to alleged violations of child-protection laws – the app remains extremely popular, having reportedly attracted more traffic than Google in 2021. On the artist side, tracks from Fleetwood Mac, The Mountain Goats, and Powfu have entered (or reentered) the spotlight after appearing in viral TikTok trends.

In terms of the broader effort to form world-famous acts, Universal Music Group and BTS agency Hybe are jointly developing both a K-pop boy group and a K-pop girl group. (Of course, BTS jumped from SME to UMG in October of 2021.)

Having ceased accepting applications for the girl group in late November of 2021, UMG and Hybe made clear beforehand that applicants “must be female, between the ages of 15 and 19 (16 to 19 for EU residents), and exhibit talent in singing, rapping, dancing and/or producing.”