The Beatles’ Rooftop Concert Is Officially Coming to Streaming Services 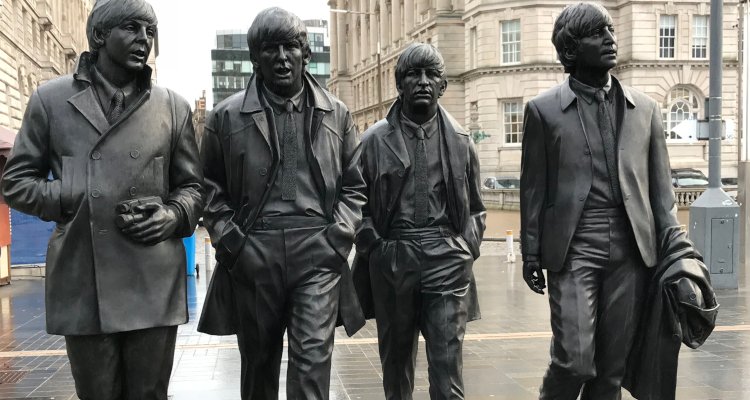 To commemorate the 53rd anniversary of the Beatles’ rooftop concert, audio from the roughly 40-minute performance, “mixed in stereo and Dolby Atmos by Giles Martin and Sam Okell,” is officially set to launch on streaming services.

The rooftop concert’s streaming debut came to light in a formal release posted on the Beatles’ website today. Disney+’s nearly eight-hour-long The Beatles: Get Back documentary, which features the famed show in its entirety, became available to subscribers in late November of 2021.

And the aforementioned 53rd anniversary of the impromptu gig – the group’s final public performance – will arrive this Sunday, January 30th. As noted, Giles Martin, the son of longtime Beatles producer George Martin, and Abbey Road recording engineer Sam Okell have mixed the iconic rooftop set’s audio. Apple Corps and Universal Music Group have scheduled the streaming debut (on all major platforms) of the Beatles’ rooftop concert for 9 PM PST tonight.

Besides the much-anticipated streaming launch of the Beatles’ rooftop concert, singer-songwriter Norah Jones, who’s signed to UMG’s Blue Note Records, is preparing to post a pair of Let It Be tribute videos to YouTube tomorrow.

The nine-time Grammy winner and her band filmed covers of “I’ve Got a Feeling” and “Let It Be” from the roof of the Empire State Building. (Cirque du Soleil’s Beatles LOVE cast will release a rooftop rendition of “Get Back” to YouTube on Saturday the 29th.)

Next, regarding the far-reaching plans in place for the happening’s anniversary, the Beatles’ SiriusXM channel is expected to roll out “The Rooftop Concert Special” tomorrow morning, including the entire rooftop performance as well as “commentary by Beatles historian, author, and radio producer Kevin Howlett.”

Sunday the 30th will see Disney and Apple Corps present an hour-long film consisting of the Beatles’ rooftop concert footage and a brief introduction. The movie will show “exclusively at IMAX theaters in the US and UK,” with the decades-old footage having been “optimized for IMAX screens.”

Lastly, the Rock and Roll Hall of Fame is poised to open “a groundbreaking featured exhibit,” The Beatles: Get Back to Let It Be, on Friday, March 18th, 2022.

A “complement” to the aforementioned documentary, “the multimedia exhibit will welcome fans to step into The Beatles’ January 1969 rehearsals, sessions, and witness the band’s final rooftop performance, surrounded by large-scale projections and superior sound,” according to the release.

The Rock Hall will run the exhibit through March of 2023, offering fans a look at “original instruments, clothing, handwritten lyrics, and other unique items” from the band and the chance to attend to-be-announced interviews, panels, and more.