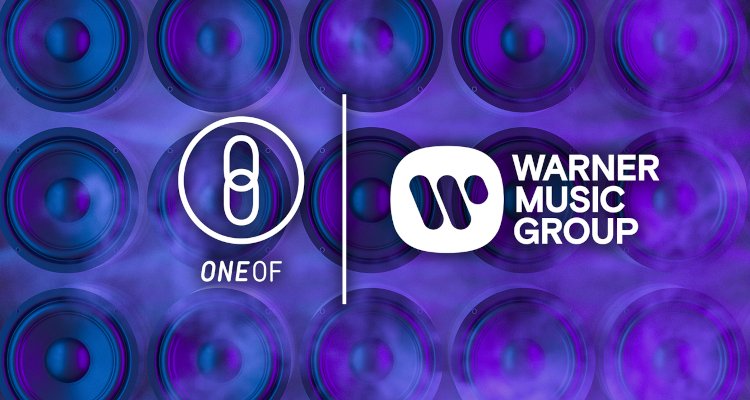 The Big Three record label revealed this latest NFT-focused deal via a concise release today, and the pact arrives about eight months after OneOf scored $63 million in seed funding. Besides the mentioned financial support from 88-year-old Quincy Jones, the likes of John Legend, Doja Cat, and the Whitney Houston estate were previously announced as early OneOf partners, and the company has finalized agreements with the Grammys and iHeartRadio.

But today’s “first-of-its-kind preferred partnership” between Warner Music and OneOf will see the latter entity “create exclusive NFTs for a range of artists across WMG’s legendary catalog of music content,” according to the involved parties.

“OneOf’s Green NFT platform mints NFTs that are up to 2M times more energy efficient than the competition, and are specifically designed with the music community in mind,” the brief text elaborates. And while the document doesn’t identify the Warner Music Group artists who will launch the first non-fungible tokens under the union, a “series of NFTs” from WMG Finland’s Stig is set to kick off the major label’s deal with Blockparty.

Addressing the contract with OneOf – “the music community’s preferred platform,” per the release – in a statement, WMG chief digital officer and EVP of business development Oana Ruxandra touted the perceived long-term potential of Web3 technology. (“At the most basic level, Web3 refers to a decentralized online ecosystem based on the blockchain,” according to Wired.)

“Web3 is a massive leap forward in technology: it will expand the scale and scope of both human and machine interactions far beyond what we can imagine today,” said the former BlackRock higher-up and Universal Music exec Ruxandra.

“Partnering with OneOf, a leader in the emerging technology space of Web3 and NFTs, gives our artists an edge in more authentically building one-to-one relationships with their fans and winning in the new Web3 economy. We’re excited to see what’s possible,” she finished.

Universal Music and Sony Music – along with a number of companies and acts throughout the music industry – have likewise taken steps to cash in on the NFT craze. November of 2021 saw UMG’s 10:22PM “next-gen label” debut Kingship, a digital “group” featuring four characters from the Bored Ape Yacht Club NFT project. The following month, Sony Music rolled out an auction for several “Baby Shark” non-fungible tokens.

Brian Eno offered a critical take on NFTs about one month back, for instance, and a scam centering on Ozzy Osbourne’s “CryptoBatz” collection resulted in unsuspecting fans losing thousands of dollars last week.