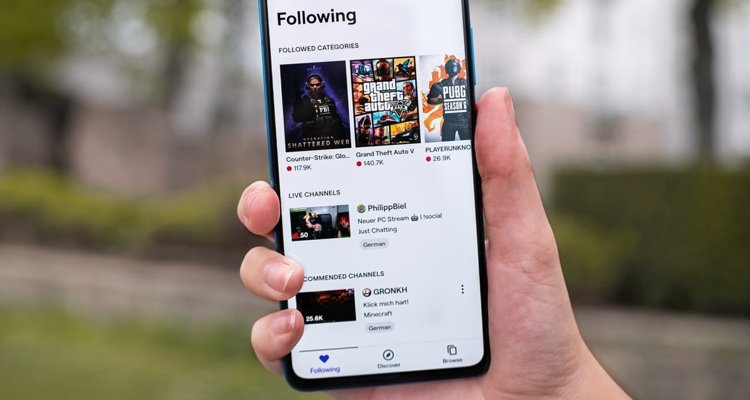 App analytics firm App Annie reports that 2021 was an extraordinary year for Twitch. It moved up two places in their non-gaming apps by annual global consumer spend. In 2020, Twitch found itself in #11 place, just missing out on joining. Now the app has jumped two places and cracks the list at #9.

Twitch rose to prominence as a game streaming app, but over the last three years, it has branched out. Nearly every single category on Twitch that is non-gaming-related has grown thanks to the pandemic.

“The core components that make up Twitch – livestreaming, real-time interactions, and a powerful sense of community – have driven our success over the last decade. We pioneered live streaming first within the gaming community, building our expertise around creating immersive experiences, and now our content spans gaming, entertainment, sports, music, and more,” says Doug Scott, Chief Marketing Officer for Twitch.

Consumer spending in Twitch is driven by in-app purchases tied to gifting content creators bits or subscribing to their channel. Bits are a virtual currency that gives viewers the ability to cheer a streamer and reward them monetarily. Of course, Twitch takes its cut of both bits and subs (monthly channel subscriptions). Content creators on the platform can exchange bits for money paid out to them.

It shows just how important live streaming has become to the creator economy as a whole. The top markets leading lifetime spending on Twitch include the United States, the United Kingdom, Germany, Canada, France, Australia, South Korea, Italy, Mexico, and Spain.

North America alone accounts for around 35% of Twitch viewers, with plenty of streamers from across the globe. You can take a look at this infographic to see which 15 countries have the most Twitch viewers. 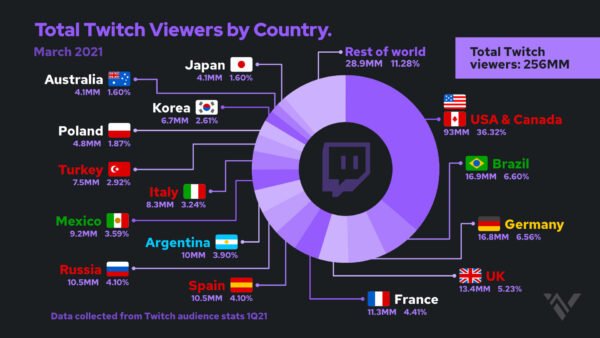 Which countries have the most Twitch viewers?

This infographic combines the United States and Canada, but omits Mexico as a separate country. ‘North America’ (minus Mexico) represents 35% of the Twitch market.