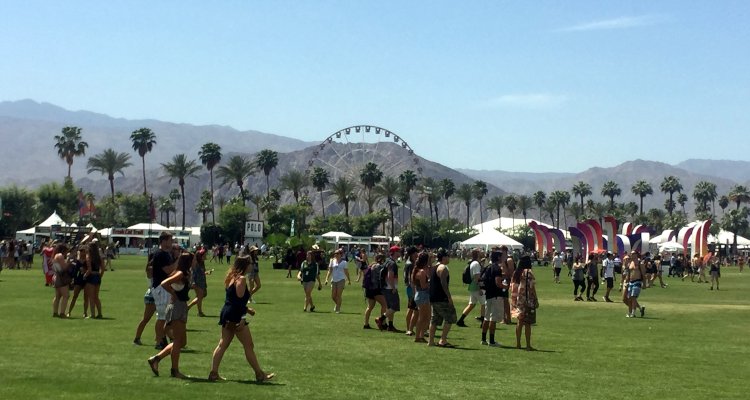 Coachella – the 2022 edition of which is scheduled to take place in April, with Billie Eilish, Harry Styles, and Kanye West headlining – just recently unveiled its newly minted NFT collection. According to the relevant section of the Goldenvoice event’s website, “Coachella Collectibles” represent “a first of its kind opportunity to own lifetime festival passes, unlock unique on-site experiences, physical items, and digital collectibles.”

The popular music festival has partnered with (and directed prospective NFT buyers to sign up on) FTX.US, which bills itself as “a brand new US-regulated cryptocurrency exchange.” With Coachella’s inaugural NFT drop set for this coming Friday, February 4th, many of the tokens fall into the “digital collectibles” category.

The “Sights and Sounds Collection,” for instance, consists of 10,000 NFTs, and those who front $60 a pop for the tokens will receive one of “10 digital collectibles made up of iconic festival photos and never before heard soundscapes from the Polo Fields.” Purchasers can then redeem the NFTs “for a physical art print of the photograph,” according to the product description.

Similarly, 1,000 NFTs (priced this time at $180 apiece) will afford customers “1 of 10 digital renditions of an iconic Coachella poster from Emek,” and these tokens can likewise be redeemed for “a physical copy of Coachella | The Photographs: 1999-2019 photo book.”

But the remaining Coachella NFTs that will drop this week are directly tied to physical benefits, without the need for converting on the shopper’s end. To be sure, higher-ups have arranged a week-long auction for “Coachella Keys,” or “NFT keys that grant you lifetime access to Coachella.”

The “Key to Coachella (VIP),” for example, encompasses lifetime Coachella VIP passes for two individuals (to one weekend of the event) and access to virtual experiences, whereas the “Key to the Dinner in the Garden” offers two annual guest passes as well as two more 2022 VIP passes, access to the mentioned virtual experiences, and “a meal in the Rose Garden…cooked by a professional chef on the day of your choosing in 2022.”

Given the cost of Coachella’s VIP packages – and the strong fan demand for passes to the festival – it’ll be interesting to see how much the “Coachella Keys” fetch at auction. While Coachella looks poised to continue taking place in Indio for at least the next few decades, bidders would be wise to consider the NFTs’ fine print.

“IRL [in real life] Benefits are only valid for the Festival held in Indio, California in April,” said fine print makes clear off the bat. Though the vast majority of Coachella outings have taken place in April – the 2005 edition was the last to cross into May, and 2020 saw organizers book (but ultimately cancel) an October happening – it’s possible that the approaching years will see Coachella occur during a different month.

And as other NFT auctions have attracted astronomical bids, potential purchasers would do well to assure that their investment will be protected in the event of such a pivot.