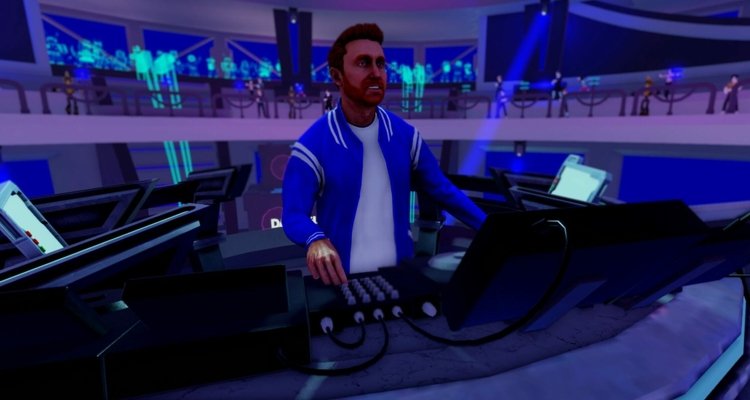 The event was created in partnership with developer Wonder Works Studio and Warner Music Group. The DJ set will premiere on Friday, February 4 at 4 pm PT and will continue through the weekend. The Roblox developers describe the event as “an interactive universe powered by the latest Roblox technology and visual enhancements.”

Wonder Works Studio says it has built an intergalactic club venue to bring dance culture to the metaverse.

Of course, Fortnite has led the way in interactive virtual experiences, first with Marshmello and then Travis Scott. Roblox has been building out its virtual stage with help from Warner Music Group, who invested an eight-figure sum in Roblox in January 2021. Warner was part of a $520m Series H investment round in Roblox Corporation.

Artists who have performed inside Roblox include Ava Max, Why Don’t We, Royal Blood, and Twenty One Pilots. WMG says it hopes to engage with millions of fans across the globe while promoting its artists inside Roblox. Roblox attracted nearly 50 million daily active users as of November 2021, which is an increase of 35% compared to 2020.

In the Roblox David Guetta DJ Party, Guetta will perform as a virtual avatar of himself.

“Decked out with crystals, neon lights, lasers, holograms, and thumping speakers, the ethereal virtual universe brings fans together through DJ and dance battles, a secret puzzle used to unlock special abilities and archives, virtual merchandise for purchase and as prizes, Q&As with David Guetta, and a 45-minute music set for the Roblox Community,” the press release reads.

WMG says it remains committed to monetizing music through immersive virtual experiences and to “bring people together through music and technology.” WMG has fully embraced the world of virtual concerts and blockchain technology. Last week, the label made an investment in the virtual world The Sandbox, calling it its “first entry into the NFT metaverse.” Sandbox will work with WMG to develop music experiences taking place within the virtual game.