Crosby, Stills, & Nash Want Their Music Removed from Spotify — So Far, Nothing Has Been Taken Down 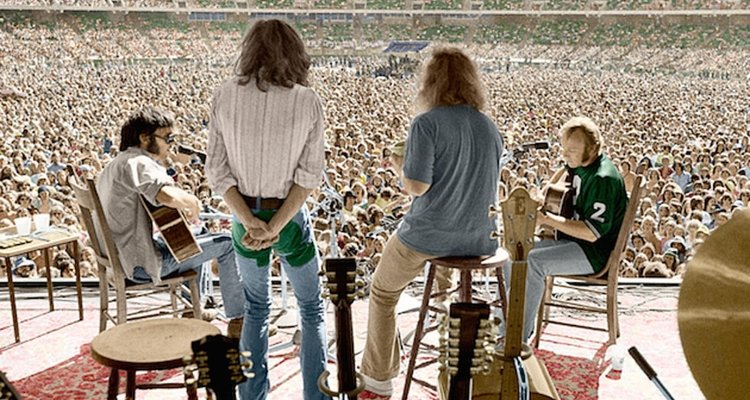 Crosby, Stills, and Nash are joining Neil Young in requesting the removal of their music from Spotify.

Young’s former bandmates say they are doing so in protest of Joe Rogan. In a written statement provided to NPR on Wednesday, the group says they must stand with their former bandmate.

“David Crosby, Graham Nash, and Stephen Stills have requested that their labels remove their collective recordings from Spotify,” the statement reads. “In solidarity with their bandmate, Neil Young, and in support of stopping harmful misinformation about COVID, they have decided to remove their records from the streaming platform, including the recordings of CSNY, CSN, and CN, as well as Crosby’s and Stills’ solo projects. Nash has already begun the process to take down his solo recordings.”

“We support Neil and we agree with him that there is a dangerous disinformation being aired on Spotify’s Joe Rogan podcast. While we always value alternate points of view, knowingly spreading disinformation during this global pandemic has deadly consequences. Until reach action is taken to show that a concern for humanity must be balanced with commerce, we don’t want our music – or the music we made together – to be on the same platform.”

Crosby, Stills, and Nash’s recordings are still available on Spotify at the time of writing.

But many artists are heeding the example set by Neil Young last week. Joni Mitchell was the first artist to break her silence, saying she would support her fellow Canadian artist. On Saturday, guitarist Nils Lofgren of the E Street Band also supported the removal of his music from the platform. India Arie also removed her music, saying “Neil Young opened a door that I must walk through.”

Despite saying she supports the removal of her music, India Arie’s albums are still on Spotify, too. Podcast hosts are stepping up to signal they’re not happy with the streaming giant, either. Mary Trump says she is removing her podcast from the service. Harry and Meghan Markle also expressed concerns about Spotify – despite taking $25 million from the company to produce a single episode.