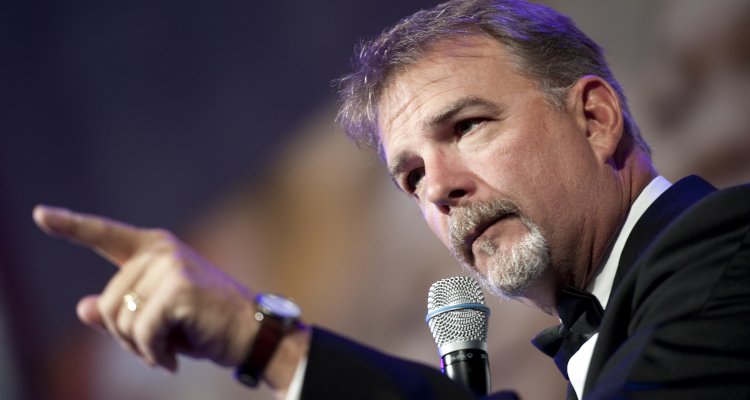 Spanning roughly 13 pages apiece, the firmly worded complaints made their way to a California federal court today, and copies of the substantially similar actions were shared with Digital Music News. The initially disclosed licensing dispute between comedians and streaming services including Spotify entered the media spotlight at the start of December, when the Stockholm-based platform pulled a large number of comedy albums.

Headed by former BMI exec Jim King, Spoken Giants announced late last year that it had signed royalty-representation deals with Patton Oswalt, Tiffany Haddish, Lisa Lampanelli, and Tom Segura, among others. Also in early December of 2021, Jeff Price-founded Word Collections, which focuses “on getting comedians and other spoken word performers paid for the use of their literary works,” announced the close of a $3.5 million funding round.

Now, as highlighted at the outset, five Word Collections clients are officially suing SiriusXM’s Pandora for copyright infringement, alleging that the streaming service failed to obtain “a mechanical digital reproduction license from the owner of the underlying composition” alongside the license for the recordings themselves.

Each of the five complaints describes the significance of storytelling and comedy before emphasizing the impact and career accomplishments of the filing comedian – “George Carlin was an active and integral part of the entertainment world” and “Bill Engvall is a master at meeting his audience where they’re at in life.”

Pandora allegedly made 51 of Bill Engvall’s works available to fans through its “digital broadcast radio service” without the appropriate license and royalty payments, compared to 56 for George Carlin, 57 for Andrew Dice Clay, 27 for Robin Williams, and 86 for Ron White, according to the actions.

“While it is commonplace in the music industry for companies like Pandora to enter into public performance licensing agreements with performance rights organizations like BMI and ASCAP for musical compositions,” White’s lawsuit notes, “these entities do not license literary works. Therefore, it was the responsibility of Pandora to seek out the copyright owners and obtain valid licenses.

“Pandora only needed to contact one entity, White, to obtain the required licenses for the Works. Or Pandora could have chosen not to use White’s Works, particularly since it knew it did not have the required licenses. Instead, it chose to infringe,” the text continues.

Word Collections contacted Pandora in August of 2020 “in an effort to negotiate a licensing agreement for various copyright owners,” the lawsuits relay, before making “numerous efforts” to reach a deal for the five plaintiffs from April of 2021 onward.

“While Pandora’s counsel wrote on September 14, 2021 to advise that counsel would respond with Pandora’s position about unlicensed spoken word content appearing on Pandora’s platform, no substantive response from Pandora or its counsel has been sent or received,” the legal documents (excepting the Carlin estate’s complaint, in which the text has a slightly different wording) read.

Regarding responses that Word Collections received from record labels, Engvall’s action (the other four suits don’t broach the subject) indicates that Warner Music Group in September of 2021 said that it “grants rights only as to its recordings and does not grant rights as to any other types of material embodied in those recordings (whether mechanical rights, performance rights or otherwise).”

At the time of this piece’s publishing, SiriusXM and Pandora didn’t appear to have commented publicly on the lawsuits, and comedy albums from all five of the involved stand-up stars were live (on demand as well as radio) on the streaming service. The actions are seeking “profits and actual damages” or, alternatively, a cumulative total of $41.55 million, at $150,000 per allegedly infringed work.