A Timeline of the Joe Rogan vs. Neil Young Spotify Backlash 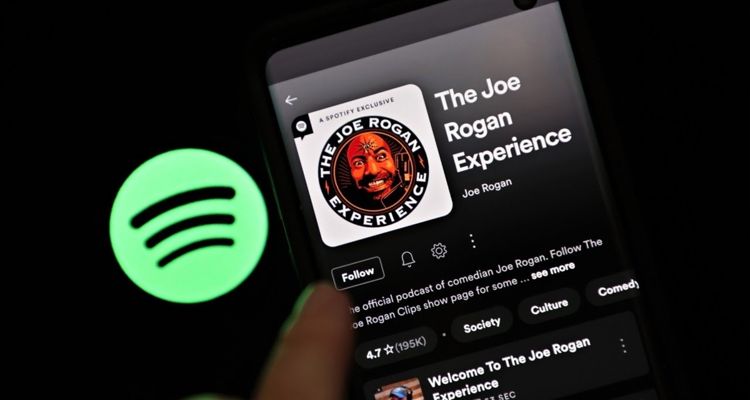 Spotify is at the center of a massive controversy concerning the spread of misinformation with Joe Rogan at the center. Here’s a timeline of how the whole thing got started.

On January 12, 270 medical professionals sent an open letter to Spotify asking them to institute a misinformation policy. The group consists of scientists, professors, doctors, and healthcare workers who want to stop the spread of misinformation online. The letter specifically references episode #1757 of the Joe Rogan Experience featuring Dr. Robert Malone as an issue.

“We are calling on Spotify to take action against the mass-misinformation events which continue to occur on its platform,” the letter begins. Neither Spotify nor Joe Rogan responded to this open letter from medical professionals. On January 24, Neil Young called attention to the letter in a now-deleted open letter posted to his website.

Neil Young asks for his music to be removed from Spotify, citing COVID-19 misinformation as the reason.

“I am doing this because Spotify is spreading fake information about vaccines – potentially causing death to those who believe the disinformation being spread by them,” Neil Young writes in that open letter. “I want you to let Spotify know immediately today that I want all my music off their platform. They can have Rogan or Young. Not both.”

On January 26, Spotify removed all of Neil Young’s music from its website. “We want all the world’s music and audio content to be available to Spotify users. With that comes great responsibility in balancing both safety for listeners and freedom for creators,” Spotify said in a statement. “We regret Neil’s decision to remove his music from Spotify, but hope to welcome him back soon.”

Following the removal of his music from Spotify, Young said he hoped other artists would join him.

“I sincerely hope that other artists and record companies will move off the Spotify platform and stop supporting Spotify’s deadly misinformation about COVID,” Young wrote the day his songs were removed. Following that appeal, Joni Mitchell announced she would join Young in removing her music from the platform.

On January 28, Joni Mitchell announced her music would be removed. “I’ve decided to remove all my music from Spotify. Irresponsible people are spreading lies that are costing people their lives,” Mitchell’s statement begins. “I stand in solidarity with Neil Young and the global scientific and medical communities on this issue.”

Following Mitchell’s removal of her music, other artists joined in. Nils Lofgren of the E Street Band pulled his music over coronavirus misinformation. Following a building boycott, Spotify announced it would take measures to add advisories to podcasts that discuss COVID-19. The company also said it would update the platform rules and that rule-breaking content would be removed from the platform. An internal memo revealed that Joe Rogan’s podcast didn’t “meet the threshold for removal.”

On January 30, Joe Rogan finally issued a formal response on his Instagram page. He released a 10-minute video addressing Neil Young and Joni Mitchell directly. He explained that his podcasts are conversations he’s having with all kinds of people and thanks Spotify for being supportive of his show. He says he disagrees with his shows being labeled as misinformation but agreed with the COVID-19 advisories.

On February 1, Graham Nash and India Arie announced they would be removing their music from Spotify. “Having heard the COVID disinformation spread by Joe Rogan on Spotify, I completely agree with and support my friend Neil Young, and I am requesting that my solo recording be removed from the service,” Graham Nash said in a statement.

India Arie announced she was pulling her music from the platform on Instagram that same day. “I have decided to pull my music and podcast from Spotify,” she writes. “Neil Young opened a door that I must walk through. I believe in freedom of speech. However, I find Joe Rogan problematic for reasons OTHER than his COVID interviews.”

“For me, it is also his language around race. What I am talking about is respect, who gets it and who doesn’t.” Arie is referring to the multiple times Joe Rogan has used the n-word on his podcast while speaking about race. On February 4, Spotify removed around 70 episodes of the Joe Rogan Experience from its platform.

Joe Rogan offered an apology for the video featuring super-cuts of all his uses of the n-word. He tried to offer context to the conversation, saying he was discussing the use of the n-word itself from comedians like Lenny Bruce, Redd Roxx, and Richard Pryor. On February 6, a Spotify internal letter to staffers from CEO Daniel Ek was published.

“I want to make one point very clear – I do not believe that silencing Joe is the answer,” Ek writes in the letter. “We should have clear lines around content and take action when they are crossed, but canceling voices is a slippery slope.”

Neil Young has since appealed to the employees of Spotify, telling them to get out before it crushes their souls. Spotify’s stock has continued its free-fall since the beginning of the year. IT has lost around 50% of its value over the past year, a drop of more than $32 billion in market cap. A recent interview found that 19% of Spotify users said they were considering canceling their subscriptions. Meanwhile, web traffic to Spotify’s cancellation page is through the roof.