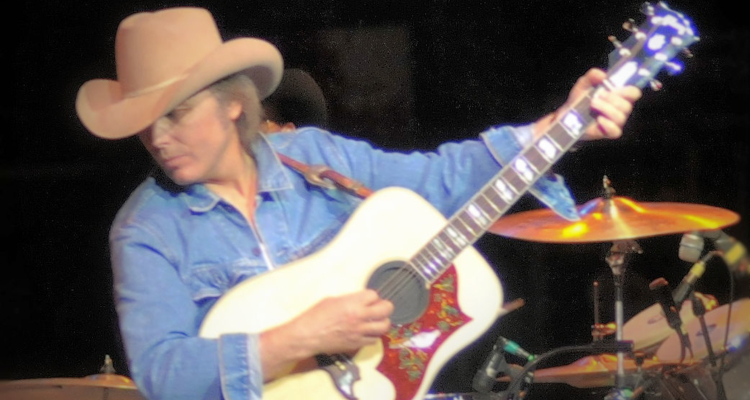 About one year back, Dwight Yoakam sued Warner Music Group (WMG) in an effort to reclaim his masters. Now, the 65-year-old country star and the Big Three record label have filed a joint notice of settlement.

In his straightforward lawsuit against Warner Music Group, the “A Thousand Miles From Nowhere” singer and songwriter Dwight Yoakam – who signed with WMG in 1985 – bluntly declared that the defendant parties “do not want their gravy train to end, and have therefore refused to acknowledge and accept” the copyright-termination notices that he’d sent.

On this front – and to simplify a decidedly complex topic – a “termination right” component of the Copyright Act of 1976 enables certain creators to reassume ownership of works that released at least 35 years ago. The professionals behind multiple 1980s films are seeking to exercise said termination right, and artists besides Yoakam are likewise looking to recapture their masters.

Warner Music Group promptly pushed back against the Cry Macho actor’s suit, claiming in part that his copyright-termination notices had been submitted both prematurely and, in other instances, just five days too late. Under the aforementioned Copyright Act of 1976, any party seeking to terminate copyrights must do so during “a specific statutory window of time” within a five-year “termination period.”

Now, as mentioned at the outset, Dwight Yoakam and the Warner Music Group defendants have officially filed a joint notice of settlement.

The two-time Grammy winner (and 18-time nominee) and WMG just recently submitted the notice to a California federal court, indicating “that they have reached an agreement in principle to settle this dispute.”

Neither party has commented publicly on the matter or shed light upon the possible terms of this agreement, but Yoakam and Warner also asked the court for “fourteen days to negotiate and finalize formal settlement documentation and submit a stipulation of dismissal.” Similarly, Yoakam’s 1986 debut album, Guitars, Cadillacs, Etc., Etc., hadn’t yet returned to Spotify at the time of publishing.

Termination rights are also playing a central role in an ongoing legal battle between Cher and Mary Bono, the fourth wife of Sonny Bono. Mid-December saw Mary Bono move to dismiss the “groundless” complaint, and Cher, who frequently uses Twitter, doesn’t appear to have directly addressed the dismissal attempt on the platform.

About one week ago, Warner Music revealed that it had achieved a double-digit jump in quarterly revenue during 2021’s final three months, and the company kicked off February by waiving unrecouped debts for legacy artists and songwriters.