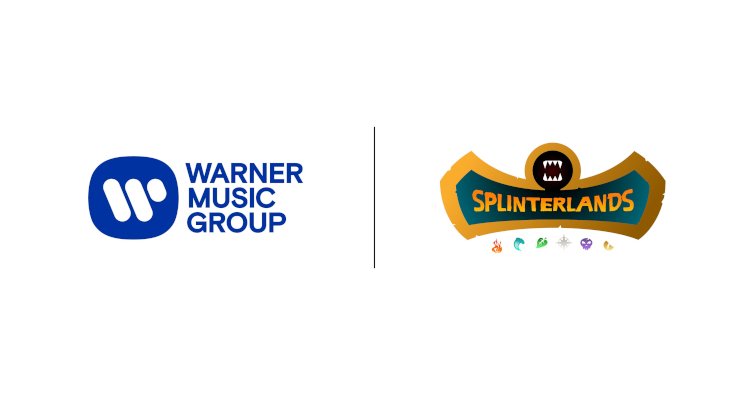 Following a number of deals and investments in the video-game space, Warner Music Group (WMG) has unveiled “a partnership with leading blockchain gaming developer Splinterlands.”

The Big Three record label revealed the “first-of-its-kind deal” with Splinterlands via a formal release this morning. Founded in 2018, the Philadelphia-headquartered developer’s namesake “fantasy-themed collectible card game” currently has 1.8 million registered users and some 450,000 daily players, according to the official announcement from Warner Music Group.

Regarding the gameplay nuances of the seemingly popular title, Splinterlands’ LinkedIn profile elaborates that the card-focused experience “is powered by the most advanced, robust, and innovative Play To Earn ecosystem in the world.”

“Players are empowered to own their in-game assets,” the LinkedIn description proceeds. “Trade on numerous marketplaces across multiple blockchains. Play on the mobile app or straight from your desktop’s internet browser. Earn by winning battles, competing in leagues, or participating in tournaments.”

Splinterlands raised $3.6 million in funding last summer, and Vendetta Capital acknowledged its participation in the round with a release. “Splinterlands is similar in concept to games like Magic the Gathering and Hearthstone where you build up a collection of cards, which all have various different stats and abilities, and use them to battle other players in skill-based matches,” the text reads in part.

Bearing these details in mind, the just-finalized pact between Warner Music and Splinterlands will see the companies “collaborate to give select WMG artists opportunities to create and develop unique, play-to-earn (P2E), arcade-style blockchain games,” per higher-ups.

“I don’t think we can underestimate how massive the opportunity around P2E gaming is. Our partnership with Splinterlands pulls focus to our artists and their music as we all work together to develop and maintain tokenized games,” said the former Universal Music Group SVP of digital strategy and partnerships Ruxandra.

“As we build, we will be unlocking new revenue streams for our artists while further solidifying fans’ participation in value created,” she finished.

Last month, Warner Music Group partnered with The Sandbox to create a virtual concert venue, and several of the major label’s artists have booked appearances in digital universes. Meanwhile, Peloton one week ago rolled out Lanebreak, its “first gaming-inspired experience,” with WMG as a “launch partner.”

Finally, Atlantic Records-signed Ava Max, who hosted a Roblox party for her first album, just recently debuted an augmented-reality show in partnership with Coca-Cola. Those who scan a can or bottle of the new Coke Starlight with their phones can watch the singer-songwriter perform a trio of tracks.