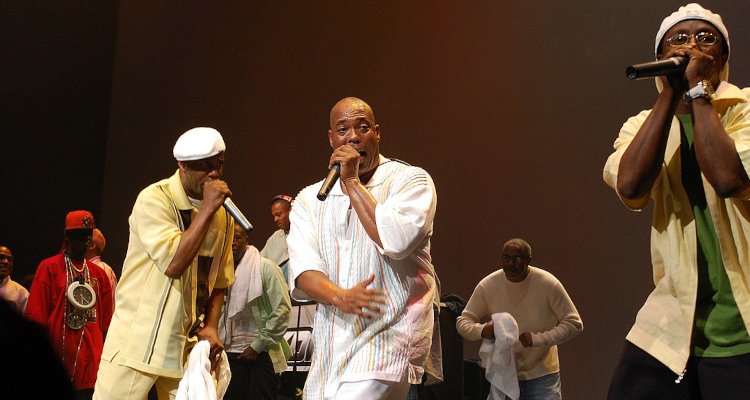 About two weeks after revealing that it had “$3 billion worth of deals in the pipeline,” Reservoir Media (NASDAQ: RSVR) has acquired a stake in the catalog of hip-hop producer Larry Smith.

Reservoir, which generated $27.1 million during Q4 2021, announced this latest song-rights investment via a formal release today. Said release discloses only that the New York City-headquartered company has purchased “a stake in the catalog of” Larry Smith, without identifying the ownership (or financial) specifics thereof.

But Smith, who passed away in 2014, co-produced (with Russell Simmons) Run-DMC’s first two studio albums, 1984’s Run-DMC (the first rap album to be certified Gold by the RIAA) and 1985’s King of Rock. On these pioneering releases, New York City-born Smith co-wrote popular tracks including “Hard Times,” “Rock Box,” and “It’s Like That.”

Smith is also credited as the sole producer on Whodini’s Escape (1984) and Back in Black (1986), with co-production credits on Open Sesame (1987) and Bag-a-Trix (1991). Escape is the first hip-hop album to receive Platinum certification from the RIAA.

Addressing the catalog sale in a statement, Larry Smith’s son, Lawrence Smith Jr., said: “My family and I are excited to partner with Faith [Newman, Reservoir’s EVP of A&R and catalog development] and the Reservoir team.

“We know that our dad’s catalog will be safe and receive great promotion with them. Faith’s knowledge of hip-hop and her commitment to both cultivating the future of the genre and preserving its foundations make this feel like a full-circle moment. We look forward to collaborating on sharing his ongoing legacy and expanding opportunities for his iconic works.”

The last month or so has also seen Reservoir acquire the publishing and recorded catalogs of country star Travis Tritt and ink a publishing deal with writer-producer Oak Felder.

More broadly, several other companies – UMPG, Round Hill, Primary Wave, HarbourView Equity Partners, Kilometre Music Group, Sony Music, and Hipgnosis Song Management among them – have dropped many millions of dollars on music IP during the same period. And as evidence including Reservoir’s initially mentioned deals pipeline suggests, it doesn’t seem as though this years-running catalog sales rush will slow down in the near future.

Having arrived on the stock market as part of a special purpose acquisition company (SPAC) merger last July, Reservoir was worth $6.88 per share at the time of this piece’s writing. The figure represents a small decrease from yesterday’s close and a 10 percent slip across the past five days.