Pussy Riot Raises Over $6.4 Million For Ukraine With Ukrainian Flag NFT: ‘Blockchain Is A Very Efficient Tool For Activism’ 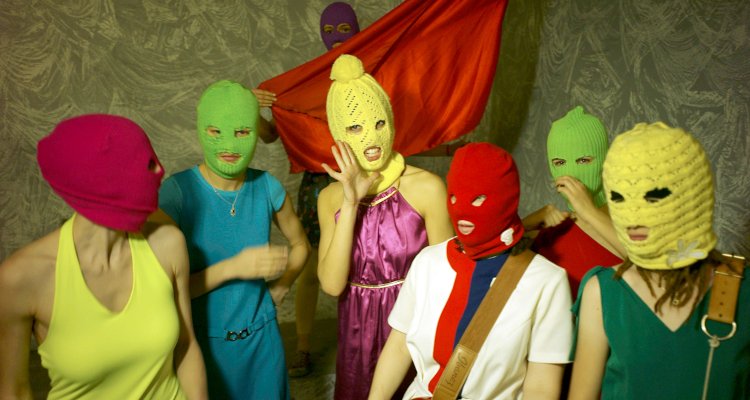 Pussy Riot around the time of their debut. Photo Credit: Игорь Мухин

Pussy Riot has raised over $6.4 million for Ukraine by selling a non-fungible token (NFT) of the Eastern European nation’s flag.

Moscow-based Pussy Riot, longtime social activists and critics of Vladimir Putin, launched the NFT auction through an initiative called UkraineDAO. The punk-rock act debuted the latter late last month, and UkraineDAO aims to use “the power of web3 tech and community to raise funds for Ukrainian organisations that are helping those suffering from the war in Ukraine,” according to its official description.

Members of the Ukraine government are currently coordinating cryptocurrency fundraising campaigns, and the country’s minister of digital transformation just recently beseeched Spotify (and Apple Music) to block the profiles of “Russian artists who support the war and Putin’s aggressive actions.” The described artists’ work was still live on Spotify at the time of this piece’s writing, but the Stockholm-based company has now “indefinitely” shut down its office in Russia.

Back to the NFT auction, which was organized on a platform called PartyBid, Pussy Riot provided a number of updates via social media.

(PartyBid, it bears mentioning, “lets people pool their capital together to purchase NFTs as a team,” its website relays.) One of Pussy Riot’s updates made clear that “all funds will be used for medical help to those suffered from the tragedy that a war criminal and a terrorist Putin initiated.” Additionally, the group, which released a single entitled “Punish” in January, took the opportunity to tout the logistical specifics of cryptocurrency.

“The biggest bank of Russia, Sberbank, blocks cards of Russians who sent donations to Ukrainian funds. Disgusting. That’s why we use crypto,” penned Pussy Riot. “We don’t want corporations or governments to decide for us what to do with our funds.”

“i told you a year ago that blockchain is a very efficient tool for activism and you did not trust me,” Pussy Riot wrote in a different tweet.

The PartyBid listing for the Ukrainian flag NFT shows that bidders fronted a combined total of over 2,258 Ether for the digital item. This sizable crypto donation pool was worth roughly $6.41 million at the time of publishing. Factoring both for this tranche and for “direct donations” to the UkraineDAO Ethereum wallet, Pussy Riot declared in a tweet that the fundraising effort had generated north of $7 million for Ukraine.

Pussy Riot is touring the United States at present, and the group has long embraced non-fungible tokens – including by releasing an NFT last year to acknowledge the anniversary of multiple members’ much-publicized prison sentences in Russia. July of 2021 saw several members of the collective, which also has an NFT collection on OpenSea, “temporarily” depart Russia due to “continuous arrests.”