LimeWire Is Back — This Time as an NFT Marketplace 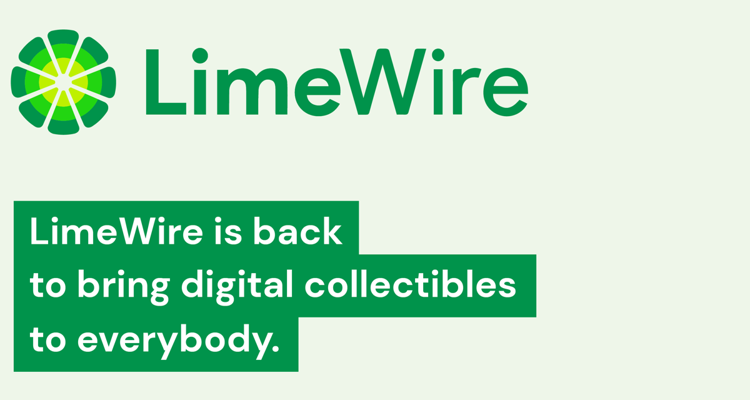 The old piracy platform LimeWire is back — this time as a digital collectibles marketplace.

The platform says it is re-launching as a “mainstream-ready” digital collectibles marketplace, initially focusing on music. Its new backers believe it will be a great place for artists and fans to create and sell digital trinkets without the “technical hurdles of the current NFT landscape.”

LimeWire says it wants to be the NFT marketplace that offers easy signup, pricing in US dollars, and no crypto-based gatekeeping. That last bit refers to some of the NFT marketplaces like OpenSea – which require cryptocurrencies like Ethereum and Tezos to participate.

LimeWire’s rebirth is being architected by Julian and Paul Zehetmayr, who are Co-CEOs of the company. The Zehetmayrs are also the figures behind Eversign and b2b software companies Currencylayer and Stack Holdings. “It’s important to note that we are not re-launching LimeWire as an alternative to streaming platforms, but rather as an additional channel for artists to sell exclusive music and art directly to collectors.”

It’s unclear why the Zehetmayrs would resurrect a piracy app with no piracy associations. Napster is a music streaming service that pays artists more than Spotify, though, so stranger things have happened. I’m just waiting for venture capital investors to snap up the names KaZaa and Morpheus, and we’ll have the full resurrection of all those early 2000s music piracy tools from the days of yore.

An open-source clone of LimeWire called Frostwire was around for years, until 2018. Frostwire was converted to a BitTorrent client in 2011 after heavy pressure from the RIAA forced LimeWire to shut down. Frostwire navigated away from its Gnutella base to focus on the BitTorrent protocol.

But the Frostwire development team ceased work on the project after Google deleted the app from its Play Store and refused to reinstate the torrent downloading program. Around 70% of the people who were using the app were using the Android version – which means the DMCA notice Google used to remove the app effectively killed it.