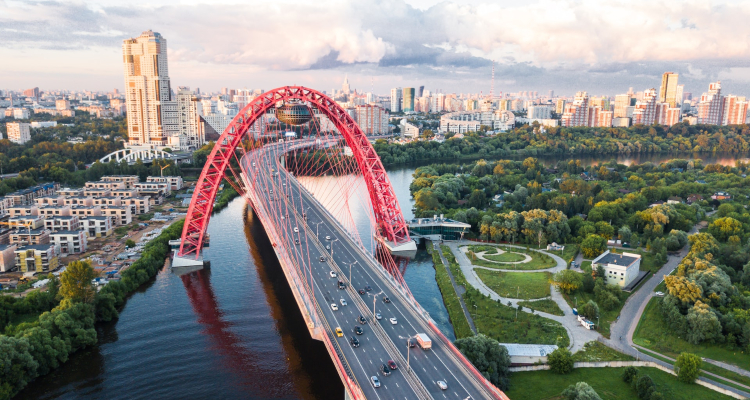 From the major labels to Live Nation and many in between, a number of music industry companies have exited Russia due to the invasion of Ukraine. Here’s a comprehensive list of the businesses and organizations that are no longer operating in the European nation.

Live Nation was one of the first music industry companies to pull out of Russia. “We will not promote shows in Russia,” the Ticketmaster owner wrote on social media on March 2nd. “We will not do business with Russia.”

Spotify shuttered its Russia office, paused ads in the country of over 144 million residents, and made its Premium version unavailable to domestic users. The latter move will cost the company about 1.5 million paid accounts, according to CFO Paul Vogel.

Universal Music Group was the first of the Big Three labels to announce that it would cease doing business in Russia. Two days later, the other major labels in the music industry, Warner Music Group and Sony Music Entertainment, likewise left the country.

Pieter van Rijn, CEO of Downtown-owned FUGA, informed clients in an email: “As of 12pm CET on Thursday, March 10th, FUGA will suspend delivering any new music from our FUGA Aggregation License to the following digital service providers and content platforms: Yandex, VKontakte (delivered via UMA), and Zvooq/Sberzvuk.”

Downtown itself followed by pulling out of Russia today, per Music Ally, with CEO Andrew Bergman indicating in a message to staff: “This means we will not distribute any new music to Russian DSPs including Yandex, VKontakte and Zvooq, we will terminate all local music publishing royalty collection activities and we will exclude Russia from all worldwide synchronization licenses.”

YouTube and the Google Play store suspended “all payment-based services in Russia, including subscriptions,” according to Reuters, and the move presumably extends to YouTube Music.

SoundExchange took to social media to announce its Russia withdrawal. In a statement, president and CEO Michael Huppe said: “With the horrific events occurring in Ukraine, SoundExchange has decided to terminate our agreement with the Russian Organization for Intellectual Property (VOIS).

“We do not take this action lightly, but as a matter of principle, we believe it’s important to demonstrate our support for the people of Ukraine in their moment of need. All people deserve to live in peace in a vibrant, free society.”

In a statement today, a Kobalt spokesperson said: “Kobalt will suspend all business activity in Russia and have voiced our support for any decisions that would cut off the local Russian collection society, RAO, from the network of collection societies.”

On Tuesday, March 8th, PRS for Music informed the media that it had “formally suspended” its relationship with the Russian Authors’ Society (RAO).

On February’s final day, Irving Azoff’s Oak View Group said: “In light of the tragic conflict rapidly unfolding in Ukraine, Oak View Group has pledged to not do business in or with Russia, nor will we serve Russian brands in any of our venues on a global basis, effective immediately.

“We stand with the people of Ukraine, we condemn the actions of Russia, and we hope our stance inspires others in our industry to take action where they can.”

The European Broadcast Union has blocked Russian acts from participating in Eurovision 2022.

Paris-headquartered CISAC launched a “solidarity fund” to support Ukraine, but stopped short of cutting ties with Russia. ASCAP said that it is “providing financial support” to the fund.