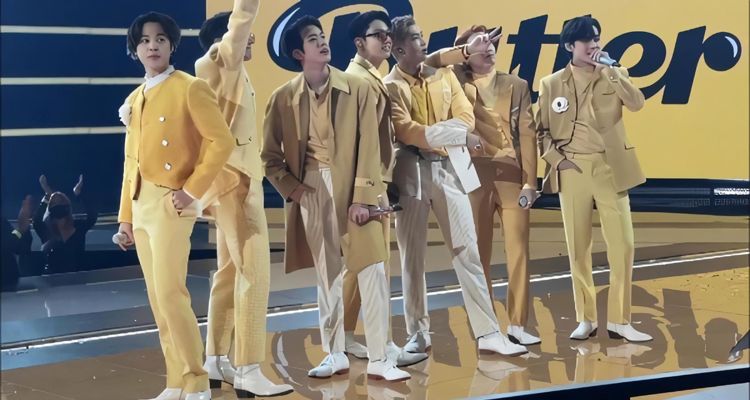 A film screening of a BTS live event drew more attention than ‘The Batman’ in 55 U.S. theaters.

“BTS: Permission to Dance on Stage” debuted in 3,711 theaters across the globe on Saturday night. The show is a broadcast of the K-pop band’s first live show in South Korea after the pandemic forced the boy band to cancel their 2020 tour. The filmed live event grossed $32.6 million.

In North America, the live show earned $6.9 million and became the top-grossing live cinema event. Trafalgar Releasing booked the concert in 800 theaters across North America, with 55 theaters beating out ‘The Batman.’ The BTS live event was a clear second winner for those locations where ‘The Batman’ grossed more.

Theaters are increasingly turning to live events as a way to stay relevant as movie streaming takes off. Tickets to the BTS live event started at $35, which gives theaters a better margin than movie tickets. It will be interesting to see if more pop power acts choose theatrical releases for their recorded live shows in the future.

The Hollywood Reporter mentions live-event cinema screenings are on the rise. IMAX is a huge player, too, as exhibitors and distributors look for new ways to engage audiences who have adapted to watching live performances on a screen, thanks to the pandemic. The BTS Permission to Dance live event was a limited release and only available for one day. Plenty of theaters that screened the live event were sold out as fans flocked to participate in the BTS live revival.

“Join us as BTS and ARMY become one once again with music and dance in this unmissable live concert experience broadcast from Seoul to cinemas around the world!,” HYBE’s announcement of the live event reads. BTS played an earlier show at SoFi Stadium for 813,000 people across four sold-out shows. That sold-out event is currently one of the most successful live events of 2022.