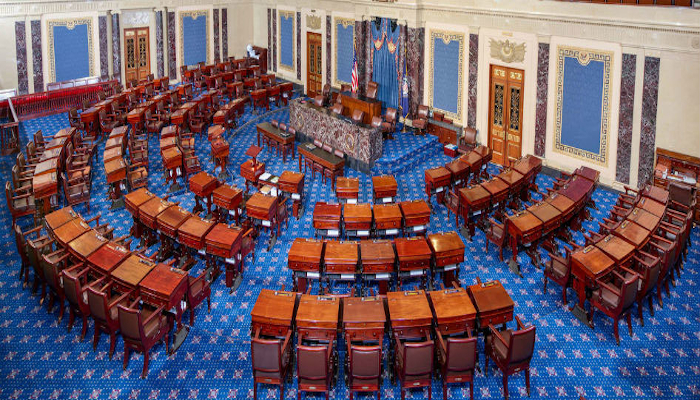 The “SMART Copyright Act” has officially been introduced into the U.S. Senate, and the bipartisan legislation “would hold tech accountable by developing effective, widely-available measures to combat copyright theft,” according to its authors.

Senators Thom Tillis (R-NC) and Patrick Leahy (D-VT) today introduced the SMART Copyright Act, short for the “Strengthening Measures to Advance Rights Technologies Copyright Act of 2022.” Both lawmakers previously co-sponsored 2019’s CASE Act, encompassing a “copyright small claims court,” and the RIAA, ASCAP, the Recording Academy, and all manner of other music industry organizations have heaped praise on Tillis in the past.

But this latest legislation, for which a “Myths v. Facts” page has been conveniently published on the senators’ websites, would establish a system under which the Librarian of Congress could enact regulatory measures (based upon suggestions from rightsholders) for any “provider of online services or network access” that enjoys “safe harbor” protections under the Digital Millennium Copyright Act (DMCA).

First, the SMART Copyright Act proposes elaborating upon the definition of “standard technical measures,” which currently refer to “technical measures that are used by copyright owners to identify or protect copyrighted works” – and which each “service provider” must “not interfere with” in order to enjoy safe-harbor protection.

These standard technical measures (along with the “designated” variation covered below) would also be “available to any person” on a “royalty-free basis” or “a reasonable royalty basis” as well as “nondiscriminatory terms,” the bill adds, once again without imposing “substantial and disproportionate costs on service providers.”

The bulk of the SMART Copyright Act proposes adding to the fifth chapter of Title 17 of the U.S. Code (entitled “Copyright Infringement and Remedies”) a system under which the Librarian of Congress, in coordination with the Register of Copyrights, would create and revise “designated technical measures” that apply to each “covered service provider,” or “a provider of online services or network access.”

Of course, the “online services” definition applies to an array of internet companies today, including content-sharing giants like YouTube as well as internet service providers themselves. (The legislation specifically mentions every entity that “provides storage at the direction of a user of material that resides on a system or network controlled or operated by or for the service provider.”)

In brief, regarding the process behind the creation of the aforementioned technical measures, the Librarian of Congress would “accept petitions” from service providers, “owners of copyrighted works,” and different “stakeholders” for new rules within the first year of the legislation’s enactment and every three years thereafter.

From there, the Librarian could then initiate “a rulemaking process,” including at least one public hearing on the proposed technical measure, and the Register would proceed to consider factors including the technical measure’s potential “burden” on service providers. Notably, this burden would be weighed against “the total amount of alleged or demonstrated infringing activity occurring” via the outlined systems and “the revenue and other financial resources of the type of service providers described in the petition.”

Next, the Register would “make a recommendation that includes written input from the Chief Technology Advisor to the Librarian” – an individual, the legislation discloses at its end, to be appointed alongside a “Chief Economist” for a maximum five-year term, bankrolled by the bill’s staggering $900,000 budget for the 2023 fiscal year and $700,000 (inflation-adjusted after 2025) budget for “each fiscal year thereafter.”

Ultimately, though, if the Librarian finds “that the record supports the designation of a proposed technical measure,” he or she would simply “designate the proposed technical measure.” Covered service providers would have the chance to appeal any designation within 90 days, and copyright owners would be able to pursue damages in federal court for alleged violations of the legislation.

The Artist Rights Alliance reached out to Digital Music News with a statement about the SMART Copyright Act, saying that it “applauds” the bill and had previously expressed support for “standard technical measures” in comments submitted to the Copyright Office.