What If Artists Could Finally See Their Data? Chartmetric Introduces ‘Artist Plan’ for Direct Data Access 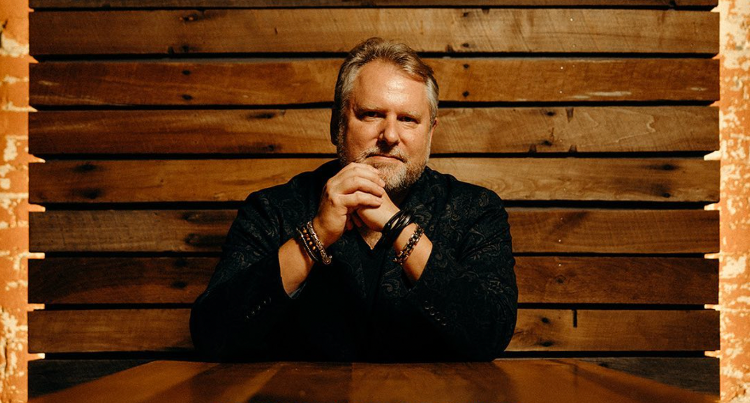 Who says labels get to have all the fun? Now, Chartmetric is aiming to upend music marketing by giving artists direct access to a trove of their own data.

If an artist is gaining traction, there’s usually a data trail to prove it. But beyond the obvious TikTok blowups, a vast jungle of data now informs everything from artist discovery to marketing to touring to catalog licensing. And once a strong data story exists, it’s easier to create more career momentum — and the upward spiral proliferates.

Just one problem: artists themselves typically lack the ability to comprehensively survey their own data, at least without a serious company or team backing them. Sure, artists have some data they can track – followers over here, playlist adds over there. But figuring it all out as an indie artist is practically impossible – or maddening at best.

Now, Chartmetric is aiming to solve that problem with an artist-specific platform called ‘Artist Plan’. Actually, this isn’t a separate platform from Chartmetric’s mainline music analytics product. But instead of an enterprise-level package that allows tracking across large numbers of different artists, platforms, and rankings in general, Artist Plan focuses on one artist – the one subscribing.

It’s also a lot cheaper. Currently, Chartmetric is offering its Artist Plan tier for the artist-friendly price of $10 per month, which includes access to artist-specific data, everything in the free tier, and even competitive artist information. That price could increase after an introductory phase, though for now, Chartmetric is keeping things super-affordable.

On a broader scale, Chartmetric is becoming an increasingly important data-tracking weapon for the music industry.

The analytics platform tracks a range of relevant and critical platforms globally, including Spotify, YouTube, TikTok, SoundCloud, Apple Music, Shazam, Amazon Music, Twitch, and even terrestrial radio. Those platforms are surveyed, analyzed, and spliced according to their relevant in-platform metrics (followers, on-demand plays, playlist adds, and ranking against other artists, for example).

Chartmetric’s more accessible approach to data has been a welcomed addition to the music industry’s limited and proprietary data terrain. Just recently, Chartmetric and DMN joined forces to further expand the platform’s impact, including for artists who lacked the resources or sophistication to track dozens of platforms in a systematic fashion. 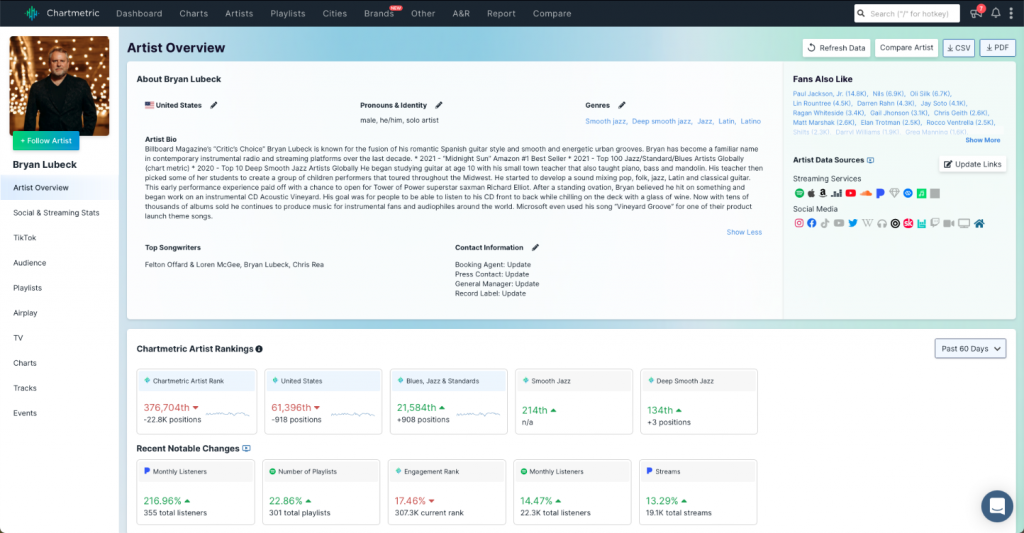 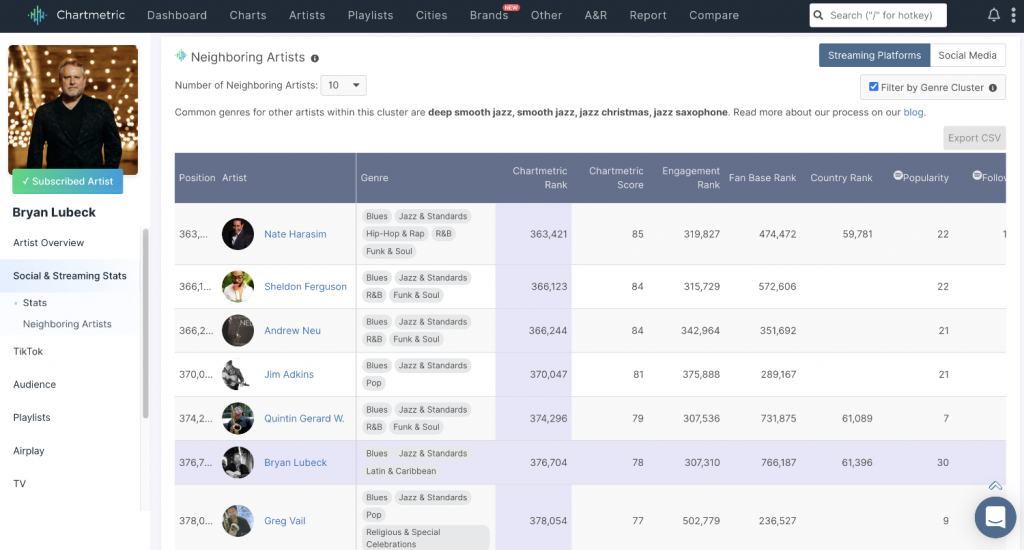 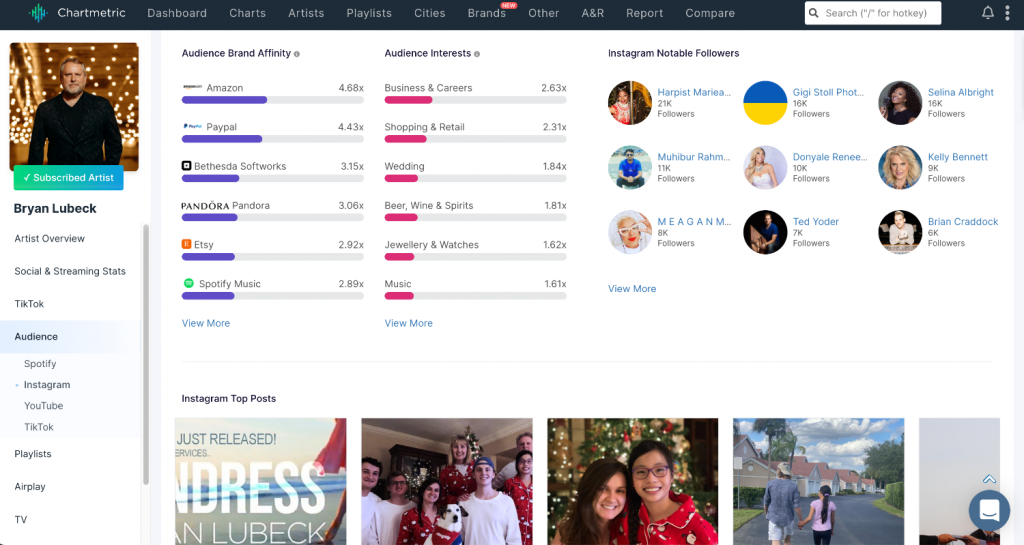 Chit-chatting from his home studio, Bryan exudes that instant glow that comes from pursuing your artistic passion. But beyond his virtuosic guitar skills, Lubeck is also a savvy marketer who understands how platforms operate. He also knows his limitations. “Before this, it was hard to understand where to invest,” Lubeck told Digital Music News, referring to his early involvement with Artist Plan. “There are a million different areas you can invest in to make things happen, but all of us are constrained by time and money.”

Welcome to the overwhelming reality of trying to build a music audience. Which is exactly the problem Chartmetric is attempting to solve.

“Where’s that stuff making a difference?” Lubeck asked. “It’s hard to know upfront how you are doing on pushing your music and getting engagement. The only way to experiment is if you get instant data back.”

Also among the early takers is producer and songwriter Andrea Del Miglio. Like Lubeck, Del Miglio also expressed frustrations with the difficulties of tracking data at an artist level. “Once I started releasing my own music, I needed data,” Del Miglio shared. “It was bloody confusing.”

Del Miglio said there’s the option to amass dozens of data sources using homegrown spreadsheets. But that requires a serious commitment of time and analysis, something that few indie artists have. Del Miglio contrasted the “intuitive” nature of Charmetric with the heavy-lifting of DIY data. “Doing the same stuff in Excel would take me hours that I don’t have and will never have.”

“[Artist Plan] is a way to find your way in the jungle, which is incredibly complicated to understand,” Del Miglio continued.

But if keen awareness is one aspect of effective data management, effective action is the next step.

Lubeck said that once he could see traction on one platform, he felt confident doubling down on his efforts in that sphere. But he could also use success in one area to build a story in another. That includes pitching tracks to various Spotify playlist curators. “I can say ‘I’m already trending, I’m already on my way up, get on the bandwagon.’”

For both artists, far-flung fanbases were also discovered. Del Miglio, who’s based in Italy, said Chartmetric confirmed that he had a substantial following in Latin America. Lubeck similarly confirmed a dedicated group of listeners in Brazil. Both discoveries open the door to a number of actionable next steps involving localized playlists, touring, and even creative direction.

Incidentally, Chartmetric also allows Artist Plan subscribers to view two other artists for an additional rate of $5 per month each. That can be used for comparison purposes, or as a way to track a limited number of producer projects. Subscribers can also view five additional artists, tracks, playlists, albums, or curators at a top level.

The old music industry adage is that it’s ‘all about the music’ – and that remains just as true in 2022 as it did in 1982. But these days, an army of data geeks also helps, especially when an artist can build an audience across multiple platforms.

And realistically, well-established armies of data geeks at bulwarks like Universal Music Group will continue to drive major artist discoveries, sustain superstar careers, and spur catalog acquisitions. But now, Chartmetric is giving the little guy some data weapons, too.