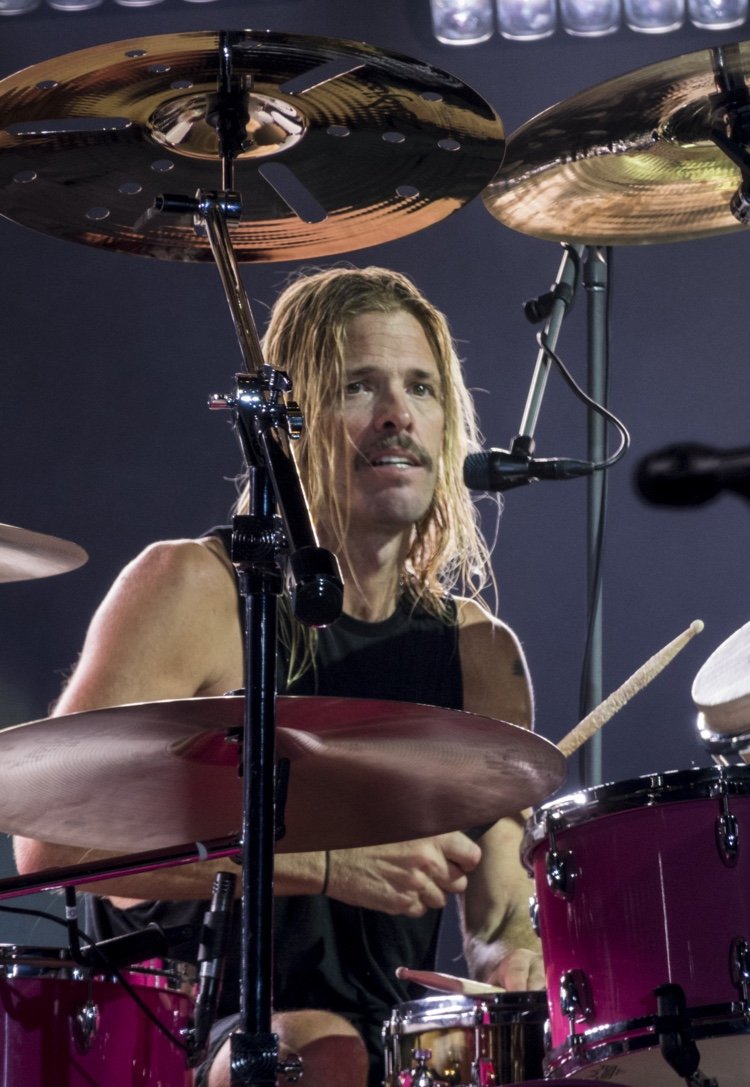 Foo Fighters drummer Taylor Hawkins has died unexpectedly, according to information confirmed by the band. Hawkins was found dead on Friday evening (March 25th) in his hotel room while touring with the group.

The band officially confirmed the news this evening (Friday, March 25th) on Twitter (see below). The Foo Fighters drummer had recently turned 50 years old, and was an indelible member of the group.

According to multiple reports emerging Friday evening, Hawkins was discovered dead in his hotel room at the Four Seasons Hotel Casa Medina in Bogota, Colombia. The band had been touring in South America, and was slated to perform in Bogota that evening. Just prior to Hawkins’ passing, the Foo Fighters had played a festival date in San Isidro, Argentina.

The Colombian Attorney General’s Office reported on Saturday (March 26th) that a cocktail of drugs, including ‘THC (marijuana), tricyclic antidepressants, benzodiazepines and opioids, among others,’ were found in Hawkins’ system. They did not report a specific cause of death, however, though an overdose appears likely.

“The National Institute of Forensic Medicine continues to conduct the necessary medical studies to ascertain the cause of death,” the statement continued. “The Attorney General’s Office will continue to investigate and will duly inform the findings of forensic examinations in due time.”

“The Foo Fighters family is devastated by the tragic and untimely loss of our beloved Taylor Hawkins,” the band stated. “His musical spirit and infectious laughter will live on with all of us forever. Our hearts go out to his wife, children, and family, and we ask that their privacy be treated with the utmost respect in this unimaginably difficult time.” 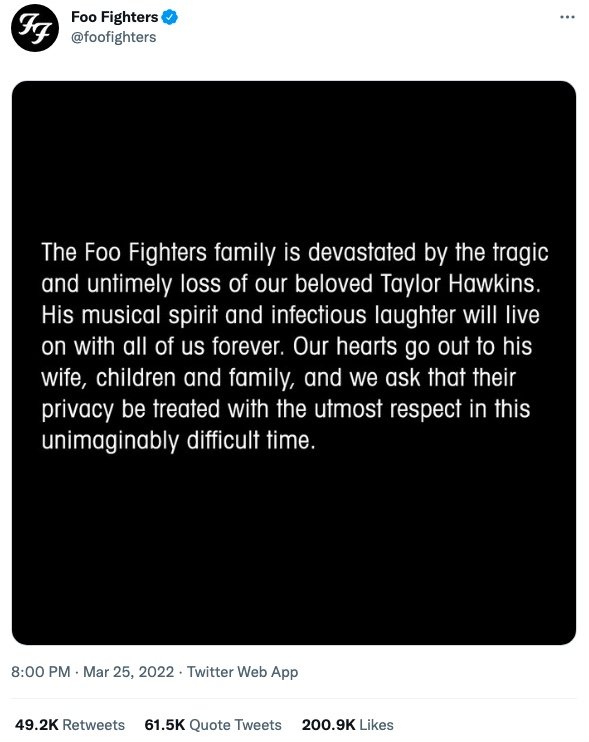 Hawkins spent most of his drumming career with the Foo Fighters. He joined the group in 1997, the beginning of a 25-year stint with the group that spanned eight studio albums and numerous tours. Besides Dave Grohl, Hawkins was the most recognizable member of the group, and broke the typical, low-key profile of a drummer.

The Foo Fighters drummer seemed uninterested in the trappings of the rock star lifestyle. Back in 2017, we reported that Hawkins was still driving his Toyota pickup truck from the 90s.

Prior to playing with the Foo Fighters, Hawkins was the touring drummer for Alanis Morissette. He played multiple tours with the singer, and also appeared in Morissette videos for “You Oughta Know”, “All I Really Want”, and “You Learn.” Hawkins also backed Sass Jordan, and played with a number of other groups before being crowned the Foo Fighters drummer.

“I’d met Dave on tour with Alanis,” Taylor Hawkins recalled. “She said, what are you going to do when Dave asks you to join the Foo Fighters?” At the time, the Foo Fighters already had a drummer, and Hawkins laughed off the suggestion.

The Foo Fighters drummer is survived by his wife, Alison, and three children.