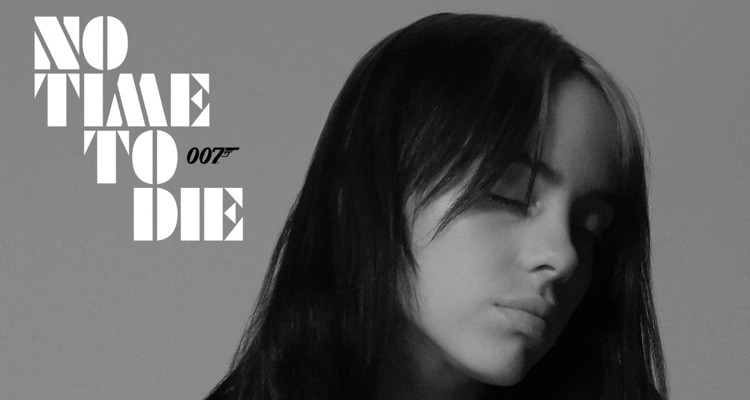 Billie Eilish and Finneas topped the likes of Lin-Manuel Miranda (nominated for Encanto’s “Dos Oruguitas”) and Van Morrison (nominated for Belfast’s “Down to Joy”) to secure an Oscar in the “Music (Original Song)” category with “No Time to Die.”

The theme of the namesake James Bond film, “No Time to Die” released way back in February of 2020, though COVID-19 lockdown measures ultimately delayed No Time to Die’s theatrical debut until late September of 2021 for the UK and early October for the U.S.

A happy Finneas and an excited Billie Eilish – who scored a Grammy Award for “Record of the Year” in 2021 after sweeping the four major categories in 2020 – took the stage to accept their first Oscar.

“Thank you to our 007 family, Barbara Broccoli, Michael G. Wilson, MGM, Cary Fukunaga, Daniel Craig, to Hans Zimmer, who’s not here but is so amazing,” Eilish told viewers in part. “Stephen Lipson, Johnny Marr, for taking our song and making it worthy of James Bond. Our managers Danny [Rukasin], Brandon [Goodman], and Laura [Ramsay], we love you so much.”

(Stephen Lipson produced and mixed “No Time to Die,” while The Smiths’ Johnny Marr manned the guitar on the track. Additionally, Barbara Broccoli and Michael G. Wilson produced No Time to Die, and Cary Fukunaga directed the film, which, with a runtime of 163 minutes, is still about an hour shorter than the 94th Academy Awards’ almost four-hour-long telecast.)

“Last thing, we want to thank our parents, who have always been our biggest inspirations and our heroes,” added Finneas. “And we love you as parents and we love you as real people, too. Thank you so much to the Academy, and we promise not to lose these.”

Meanwhile, the mentioned Hans Zimmer – whose role as composer on No Time to Die was only confirmed in January of 2020 – managed to top the competition in the “Music (Original Score)” category with his work on Dune.

The ever-active Zimmer, who’s currently touring in Europe, wasn’t on hand to accept the Oscar, but reacted to the win (while dressed in a bathrobe) in a video captured during the early hours of the morning in Amsterdam. Dune likewise bested the other nominees in the “Sound” category, and on the film side, The Roots drummer Questlove’s Summer of Soul (…Or, When the Revolution Could Not Be Televised) placed first in the “Documentary (Feature)” category.

Besides delivering Oscars to Hans Zimmer, Questlove, Billie Eilish, and Finneas, the 94th Academy Awards featured a pre-recorded appearance from K-pop sensation BTS, whose members expressed their affinity for Coco, Aladdin, and particularly Will Smith.

Of course, the latter individual turned the award show into the “Wild Wild West” by losing his cool and slapping host Chris Rock, but it’s unclear whether the embarrassing and much-publicized display, plus a tearful speech from Smith to boot, helped the Oscars improve from last year’s previously highlighted viewership low.

In any event, preliminary Nielsen figures show that the 2022 Oscars achieved a television audience of 15.4 million (up 56 percent) as well as a double-digit ratings boost, according to TV Line.

More broadly, most every televised award ceremony suffered material audience-size declines leading up to 2022, and it will also be worth seeing if this coming weekend’s (rescheduled and relocated) 64th Grammys can rebound from 2021’s 53 percent year-over-year drop in viewers and 61 percent YoY falloff in the ratings department.