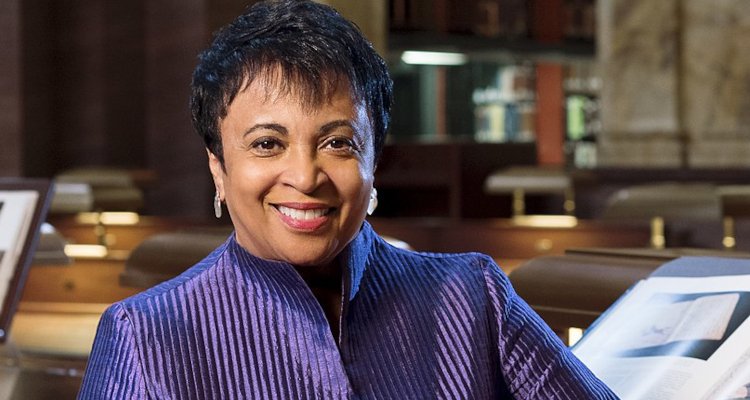 The Copyright Royalty Board (CRB) has officially voted not to extend the longstanding mechanical royalty rate of 9.1 cents for physical formats and downloads, finding that a proposed settlement negotiated between the NMPA and the NSAI as well as the major labels “does not provide a reasonable basis for setting statutory rates and terms.”

Early March of 2021 saw the National Music Publishers’ Association (NMPA) and the Nashville Songwriters Association International (NSAI) jointly submit a “notice of settlement in principle” with the Big Three labels to the CRB, as part of the latter’s rate determination for the 2023-2027 period.

In brief, the CRB has kept the mechanical rate at the present 9.1 cents since 2006, and the filing parties claimed that the figure should remain in place “for the rate period at issue” – through 2027, as noted. The NMPA likewise indicated that it and Universal Music, Sony Music, and Warner Music had come to “an agreement in principle concerning a separate memorandum of understanding addressing certain related issues.”

Songwriter organizations promptly called for greater transparency from the CRB and took aim at the inherent conflict of interest between the majors (which, of course, own massive publishing companies and sit on the NMPA board) and the NMPA, demanding that the Copyright Royalty Board judges reject the proposed mechanical-rate freeze.

Now, as highlighted at the outset, the CRB has voted against extending the 9.1-cent mechanical rate for the quick-approaching 2023-2027 stretch, the entity (and specifically Chief Judge Suzanne Barnett) relayed in a Federal Register that was published today.

Much of the verbose document charts the public comments formally submitted in opposition to the rate freeze by professionals including songwriter George Johnson, a longtime opponent of low mechanical royalties, and comments introduced in support of the measure. Johnson’s “objections tracked many of the negative comments by other parties who are not participants but who could be bound by the regulation,” the CRB said.

“Commenters assailed a lack of transparency in the settlement with regard to the memorandum of understanding (MOU),” the text reads. “They contended that there must be a hidden quid pro quo unrevealed in the proposed settlement or the Motion.

“In the dynamic music industry, there is insufficient reason to conclude that a static musical works rate is reasonable,” continues the CRB-penned analysis. “The determination rendered in 2008, with an effective date of 2006, cannot continue to bind the parties sixteen years later, absent sufficient record evidence that the status quo remains grounded in current facts and is a reasonable option.

“Since 2006, the retail marketplace for music has changed dramatically with regard to the Subpart B Configurations. From 2006 to 2008 (and, indeed, in years prior) the Subpart B Configurations dominated the recorded music marketplace,” the piece communicates, proceeding to note the prominence of streaming (and the resurgence of vinyl) in the contemporary music industry.

“Even if the sales figures were otherwise, however, sixteen years at a static rate is unreasonable under the current record, if for no other reason than the continuous erosion of the value of the dollar by persistent inflation that recently has increased significantly,” specifies the document, acknowledging that a cost-of-living adjustment alone, applied retroactively from 2006, would up the mechanical rate to 12 cents.

“The disparity between the static rate and the dynamic market is even more stark when considering the ‘controlled composition clause’ that contractually lowers the statutory rate by 25%. Add to that the record labels’ limit on album royalties to ten tracks, regardless of the number of songs actually included in each album. In other words, the statutory rate is not the effective rate record labels use in compensating songwriters and publishers.”

Lastly, regarding the CRB’s decision, the entity described as “a warning flag” the “vertical integration linking music publishers and record labels” and made clear in terms of the majors’ memorandum of understanding with the NMPA and the NSAI that “the contracting parties cannot hide changed application of a statutory rate scheme behind a ‘private contract’ when that contract has implications for non-contracting parties.

“The fact that this MOU is the fourth of its kind does not prove that it is appropriate or an acceptable corollary to the statutory rates set by this tribunal. Repetition alone does not make a practice advisable or fair. Nor does it indicate that the practice or its details are universally known and approved.

“The Judges find that the proposed settlement does not provide a reasonable basis for setting statutory rates and terms,” the explanation states towards its conclusion.

Responding to the CRB decision, Songwriters Guild of America president Rick Carnes said today: “This rejection, which we’ve been urging in our submissions to the CRB for well over a year, is crucial to the US and global music creator communities for at least two important reasons:

“1. First, this decision scuttles a very bad royalty deal proposed by the NMPA, the NSAI and the major music publishers with their own, affiliated major record companies; and

“2. Second, it eliminates a potential plan by digital music distributors like Spotify to have the CRB enact a similar freeze of royalty obligations to songwriters and composers. Both results could have been catastrophic to future music creator income.”