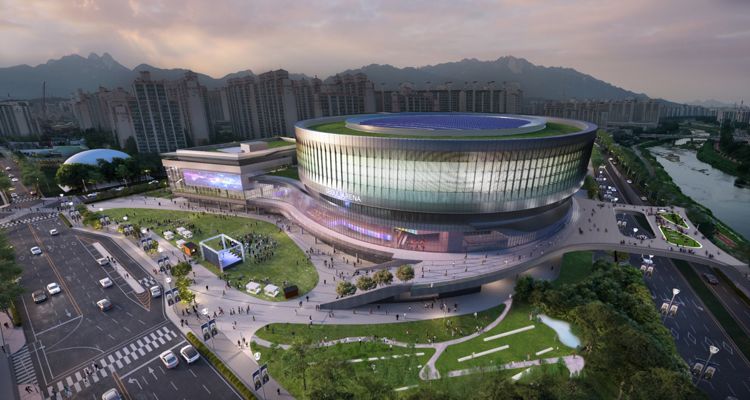 The complex is called Seoul Arena and has received a cash injection of $256 million. Construction on the sprawling complex will begin in June 2022 and is scheduled to complete by 2025. Seoul Arena will be built on a 50,000 square-meter site selected by the Seoul government near a subway station. It will host facilities like a 18,269-seat music performance hall, a 2,010-seat medium-sized performance hall, and seven theaters.

South Korean web service Kakao is on board and signed an agreement with the Seoul government on April 4 after the project won government approval. Kakao says it believes the facility will help contribute to the globalization of K-pop. The Seoul Arena will feature technologies like virtual reality and augmented reality into performances.

“We will focus on creating Seoul Arena complex cultural facilities and thoroughly prepare various programs to develop the content ecosystem and revitalize the local economy to further speed up the global spread of K-content and co-prosperity with local communities,” says Kim Sun-soo, Chairman of Kakao’s Board of Directors.

There are several iconic venues in South Korea, but none of them are dedicated solely to K-pop. “As a new landmark for K-pop fans from all over the world, Seoul Arena will be a great help to strengthen the global competitiveness of the cultural city of Seoul,” adds Seoul Mayor Oh Se-hoon.

K-pop concerts featuring top artists like BTS take place at Olympics Stadium or other outdoor venues. The planned Seoul Arena will offer state-of-the-art sound equipment for the enjoyment of concert-goers. Officials expect the arena to attract around 1.8 million visitors per year. Kakao says it plans to run numerous programs to nurture aspiring artists and to provide concert venues and studios for their creations.