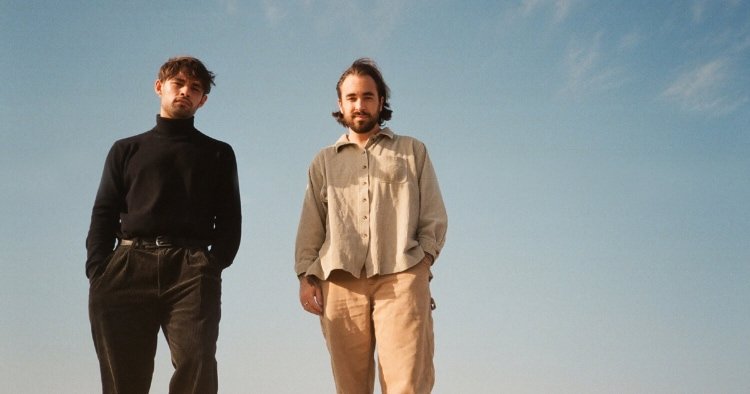 Several years ago, Thematic set out to fix YouTube’s licensing hurdles for musicians and content creators while creating a marketing platform that delivered results. Now, savvy artists like Fiji Blue are increasingly tapping Thematic’s network of YouTube personalities while growing their fanbases in the process.

If you’re a content creator on YouTube, then music can be a scary landmine. Demonetizations, silenced videos, and copyright strikes are always lingering threats. In fact, the pain around YouTube music licensing was the entire motivation for the creation of LA-based Thematic, a company that single-handedly constructed a promotional, licensing-friendly pathway to benefit creators and musicians.

Now, that proprietary platform is being tapped by a growing number of artists who are quietly helping YouTube creators while building fanbases of their own.

That includes Fiji Blue, whose atmospheric and vibey musicality blends perfectly with YouTube videos. The group describes their sound as ‘sad boy chill house,’ though this self-described genre has more energy than it suggests. As part of the Thematic platform, Fiji Blue offers its music royalty-free to YouTube creators, who in turn give the duo a promotional boost. That’s the Thematic model in a nutshell.

According to the group, the Thematic platform offered an unexpected pathway for attracting new fans, many of whom would be difficult to access otherwise. That has bled onto other platforms as well: on Spotify, for example, the group has amassed more than 100 million streams, nearly 150,000 followers and close to 2.3 million monthly listeners. Many of those fans are from far-flung cities in Asia and Latin America, with many emanating from serendipitous YouTube views.

“Thematic has been a huge, huge, huge part of our success,” relayed Fiji member Valentin Fritz, who admitted that he initially thought Thematic’s concept was a ‘scam or something’ before meeting the company and jumping on board.  That was more than four years ago, before the group had formally come together. “We did a trial with like one or two songs,” Fritz relayed. “Immediately, you started to see an uptick in streams and everything.”

These days, pairing new releases with YouTube creator videos is a default component of the group’s marketing plan.

We heard the same thing from another artist who got his first break on TikTok, not YouTube: Nicky Youre.

But Youre is convinced that he wouldn’t have enjoyed the same level of success with TikTok alone. The story simply must extend to other platforms.

“TikTok was the initial break,” Nicky told DMN. “I did a video that did really well on TikTok and started a micro-trend with the song. And then after that with Thematic and TikTok as well, we’ve been able to just generate a ton of UGC.”

“I’m very confident in saying that this has been a very large part of the success of the song. Just being able to get as many people as possible to use the song in videos, on YouTube, Instagram, and TikTok as well has been super helpful in that regard.”

The breakout offers a case study on how to turn TikTok into a broader success story, instead of just a flash-in-the-pan viral moment.

Youre’s manager, Mathew Hyun, said the one-two punch helped to light the fire and create a global fanbase. “For any kind of up-and-coming artists or any kind of smaller developing act, I think the name of the game is exposure,” Hyun said. “And having tools like TikTok and Thematic specifically allows you, without the biggest budgets in the world, to be able to reach and get that kind of exposure needed to really get your profile and sound out there.”

“It becomes a domino effect, because then you have creators from different territories in different regions around the world.”

That bucks the thinking that TikTok can’t break artists. But for Hyun and Youre, the key was to spread the fire across multiple platforms. “Just having all three — TikTok, YouTube, and Instagram — attacking it all has been really useful. If I was just doing TikTok, I don’t think I would have had as much reach and success so far with everything,” Youre said.

For Thematic, the vision has always been to create a growth platform for music within the chaotic ‘creator economy’.

The concept entered hyper-growth during the pandemic. With tours canceled and artists creating more music during lockdowns, attention shifted to online outlets. Among last year’s big winners was Benee (Republic Records/UMG), who tapped Thematic to bolster “Supaloney,” a track that ultimately landed in BIllboard’s Top 100. But breakouts like these are becoming increasingly commonplace as Thematic broadens its reach and starts to scale.

According to Thematic co-founder & CEO Marc Schrobilgen, “cracking the code of social media promotion” opens bigger opportunities for artists to succeed — in whatever way they define success.

Suddenly, serious growth is an option on two of the largest media platforms in the world. “We’re simply removing the licensing landmines,” Schrobilgen explained.

That’s a licensing approach that is proving to be ‘game-changing’ for those getting the memo.

Another upside of Thematic’s model is that musicians can grow on YouTube without expressly writing content for the platform. Plenty of bands simply have a musical aesthetic that blends well on the platform, but pokes out enough to catch the attention of new fans.

“As a band, we have nearly quadrupled our YouTube subscribers and increased our Spotify and Instagram followers by about 25% in the last year,” explained HOAX, a Queens-based duo that emanates the youthful poppiness that makes YouTube matches easy.

“The amount of comments that we see from new fans claiming they discovered HOAX through a YouTube video that was placed by Thematic has become game-changing. Thematic has become a huge part of our marketing strategy in general, and we’re glad we were early adopters in seeing the power of the platform early on.”