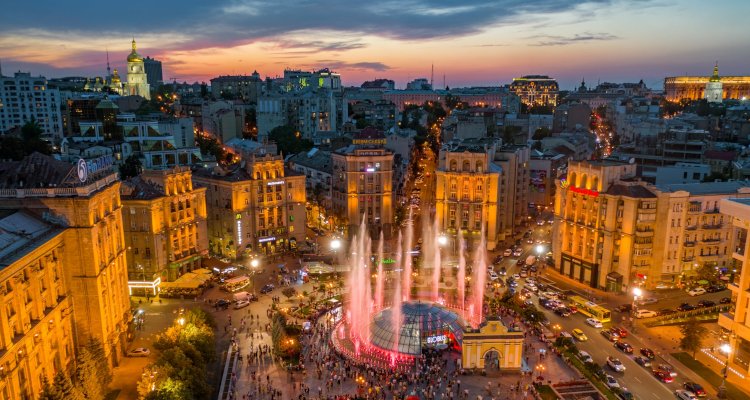 About three weeks after removing its music from streaming services in Russia and Belarus, Pink Floyd has reassembled to record a song in support of Ukraine.

Pink Floyd today took to social media to announce the imminent streaming-service debut of the charity track, entitled “Hey Hey Rise Up.” “All proceeds from the song” – the act’s first new-music release in 28 years – will reach “Ukrainian Humanitarian Relief,” the London-based rock group said. Fans will have the chance to stream the work on services like Spotify and Apple Music at midnight tonight, and the song made its way onto YouTube this afternoon.

(Of course, Waters didn’t participate in the creation of “Hey Hey Rise Up.” But the 78-year-old made clear his stance on the war in Ukraine via a lengthy message last month and is set to kick off the This Is Not a Drill Tour in Pittsburgh, Pennsylvania, in July.)

David Gilmour, Pink Floyd disclosed, “has a Ukrainian daughter-in-law & grandchildren,” and the Cambridge native provided a statement on the conflict.

“We, like so many, have been feeling the fury and the frustration of this vile act of an independent, peaceful democratic country being invaded and having its people murdered by one of the world’s major powers,” said the six-time Grammy nominee (and one-time winner) Gilmour.

“The artwork for the track features a painting of the national flower of Ukraine, the sunflower, by the Cuban artist, Yosan Leon,” Pink Floyd explained in the song’s YouTube description. “The cover of the single is a direct reference to the woman who was seen around the world giving sunflower seeds to Russian soldiers and telling them to carry them in their pockets so that when they die, sunflowers will grow.”

At the time of this piece’s writing, the YouTube upload of “Hey Hey Rise Up” – which only went live this afternoon, as mentioned – had racked up north of 611,000 views. About one week ago, a “Concert for Ukraine” event featuring Ed Sheeran, Camila Cabello, Nile Rodgers, and others raised almost $18 million, while Pussy Riot towards the start of March generated over $6.4 million with a Ukrainian flag NFT.

In addition to these fundraising efforts, more than a few music industry companies, from the major labels to Spotify and Live Nation to Downtown’s FUGA, have ceased operating in Russia.