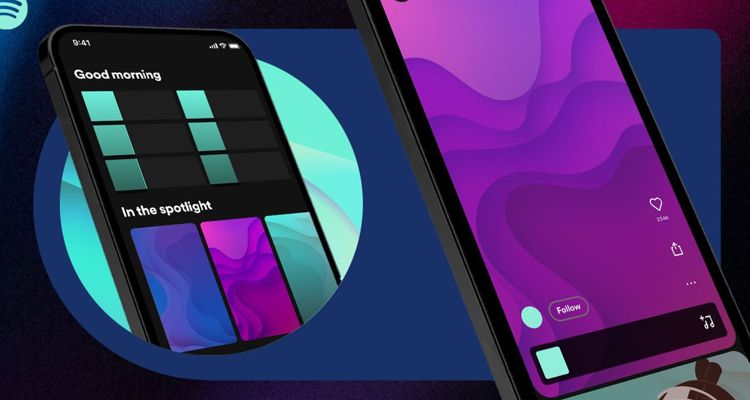 Spotify is testing a new feature to turn Canvas into endless personalized loops – much like TikTok.

The new feature is rolling out across the United Kingdom, Ireland, Australia, New Zealand, and Canada for now. Users with the new experience will see Canvas loops in a personalized feed, available from the Spotify home screen. Navigating the new feed feature works much like TikTok, too.

Scrolling up or down through personalized picks gives users a new way to discover music. As the song plays, the chosen Canvas for the song loops. When users find a track they want to add to a playlist or an artist to follow – it can be done with a single tap. Users can also share to their social channels directly from the feed, with the Spotify Canvas looping in the background of the story.

Spotify says the Canvas loops will update daily and offer 15 fresh recommendations a day. It’s an attempt to mimic TikTok’s success with Discovery mode, focused on music discovery instead of general entertainment. Spotify is working hard to make its app more of a social audio destination. Greenroom is also coming to Spotify’s main homepage instead of remaining a separate app.

Spotify hasn’t said when the Canvas discovery feed could be coming to the United States. But it’s likely we won’t have to wait long. Facebook only tested its TikTok clone Reels in Brazil before deciding to integrate the feature directly into the Instagram app to bring it to the rest of the world.

Spotify wants to be the premier destination for music discovery, which its social playlists have helped along tremendously. It recently opened its Spotify Blends to up to ten people, so communities can contribute to a playlist together. The feature was previously only available to members on the same Spotify Family Plan. Now gym bros can have a playlist together without having to share a Spotify plan. Spotify also partnered with artists to share their favorite songs in a Blend playlist that fans can follow alongside their favorite musicians.