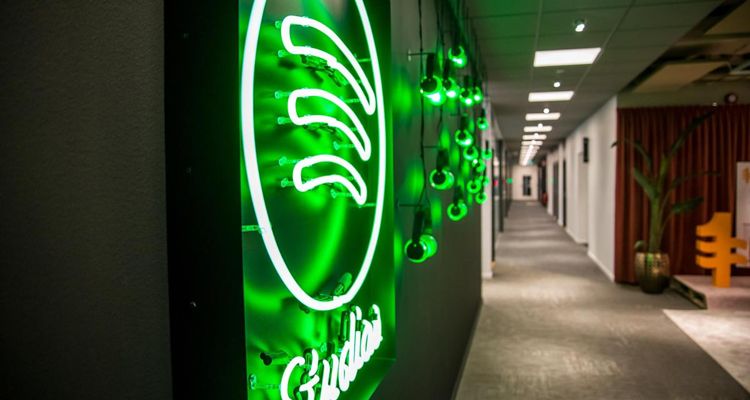 Spotify and the Parcast union have reached a tentative deal to avoid a strike at its podcast studio.

The first contract covers the studios’ content writers, fact-checkers, researchers, producers, and other workers. The Parcast Union announced the deal on April 6 after a final day of bargaining with Spotify. The final terms of the tentative agreement have not been disclosed.

“After months of regular meetings, late-night emails, private calls, & full unit efforts, we’re proud to announce we have a deal,” the Parcast Union tweeted on Wednesday night. “We couldn’t have done it without the consistent support of our colleagues. It’s been a worthwhile journey, and we thank all who helped us fight.”

Spotify has declined to comment on the tentative deal it struck with the Parcast Union for its workers.

The deal will be passed to the Parcast bargaining unit for approval before being voted on by the Writer’s Guild of America East Council and the bargaining unit. The deals terms are expected to be similar to WGA East-affiliated podcast unions The Ringer and Gimlet – also owned by Spotify.

Parcast workers first announced their attempt to unionize back in September 2020. A month later, the company voluntarily recognized the workers’ union, and bargaining over the contract has taken around 15 months to reach the tentative deal stage. During the bargaining stage, Parcast employees were vocal on Twitter about the issues they want addressed at the company.

The Writers Guild of America East also bargains on behalf of other unions at Spotify-owned The Ringer and Gimlet Media. Those two unions ratified their first contracts in 2021. Spotify has managed to avoid a shutdown at one of its largest podcast purchases yet.

Parcast was founded in 2016 and has launched several true-crime podcasts. Spotify bought the podcasting network in 2019 to begin bolstering its podcast content vs. competitors like Apple. “The addition of Parcast to our growing roster of podcast content will advance our goal of becoming the world’s leading audio platform,” Dawn Ostroff, Spotify’s Chief Content Officer, said at the time.