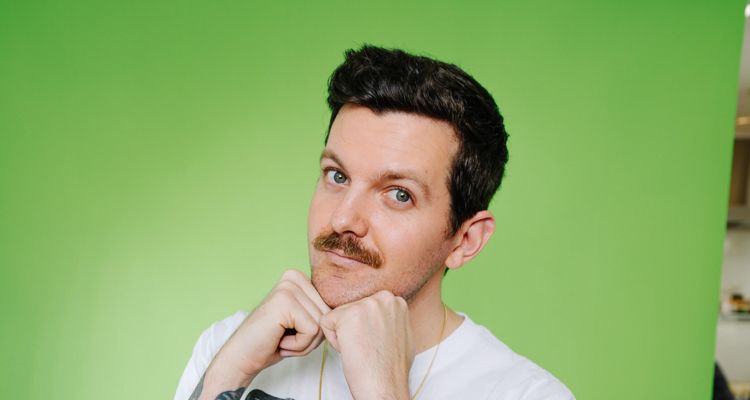 The new sitcom-themed talk show is hosted by Marc ‘Loop Daddy’ Rebillet and airs bi-weekly at 9 pm ET on the Amazon Music Channel on Twitch and in the Amazon Music app. For the series’ second episode, Marc is joined by producer and DJ Dillon Francis. The first episode featured Grammy-winner Flying Lotus.

The new series is filmed on an elaborate set and plays with sitcom tropes to produce an unpredictable series. Over the span of 90 minutes, special musical guests pop in to visit Marc and be treated to snacks, video games, improv jams, and an environment where the audience has just as much control as the host.

“If you don’t want this show I will be very, very upset. I mean I will throw a complete fit. I’m going to start hurling objects through the air and screaming at dogs and small children if you don’t watch this show,” says Marc Rebillet. Rebillet built a rapid following online thanks to his live streams on Twitch. Marc is a classically trained pianist and combines that with comedy, references, and internet humor.

Marc embarked on a sold-out drive-in tour of the U.S. after the pandemic restrictions eased. That tour has led to high-profile collaborations with artists like Erykah Badu, Reggie Watts, and Flying Lotus. Rebillet was also booked at Lollapalooza, Bonnaroo, and the Red Rocks Amphitheater in Colorado. Rebillet will emark on his first European tour later this summer.

DJ Dillon Francis’ 2014 major label debut was Money Sucks, Friends Rule. He followed that release with 2015’s This Mixtape Is Fire, which reached #1 on Billboard’s Top Dance/Electronic Albums Chart. In 2018, Dillon released his second LP, WUT. WUT is a Spanish-language album featuring some of the biggest names in Latin music. In 2019, Dillon Francis hit the road in the United States with sold-out shows and a huge performance at Coachella.

Amazon Music is working hard to incorporate the music-adjacent content on Twitch into its app. Twitch worked hard over the course of the pandemic to give musicians a place to live stream their music and reach an entirely new audience than just local shows. Partnerships with SoundCloud helped many artists fast-track their way to the Twitch Partnership so they could monetize their live streams.