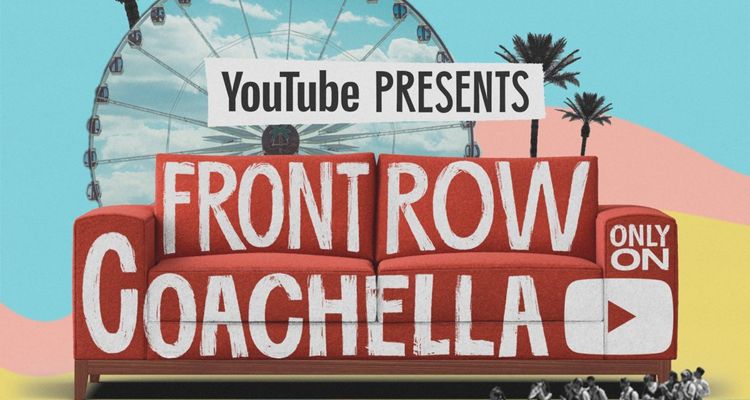 YouTube will live stream the Coachella music festival for the 10th year. But for the first time, eCommerce via YouTube Shopping is available to virtual festival goers.

YouTube says everyone is invited to the return of Coachella via the YouTube app on the desktop, mobile, TV, or the YouTube Music app. The video site will feature intimate artist interviews, YouTube Shorts with behind-the-scenes views and sweepstakes, YouTube Premium-only pre-parties, and exclusive Coachella and artist merchandise available via YouTube Shopping.

YouTube’s first weekend of Coachella live stream is sponsored by Verizon and TRESemmé in the U.S. Fans tuning in will have their choice of three different live stream feeds with different performances airing simultaneously. The official Coachella YouTube channel will also feature exclusive artist interviews captured live from the festival grounds.

The live stream is co-hosted by Joe Kay, Quenlin Blackwell, Therapy Gecko, and Veronica De La Cruz starting at 4 pm on Friday, April 15. The live stream runs through Monday, April 18 with replays of the action.

The YouTube live stream of Coachella’s second weekend is sponsored by Minions: The Rise of Gru and Tic Tac in the United States. The stream will be hosted by Joe Kay and Veronica De La Cruz, featuring curated deep dives into the stories of the most popular artists on stage.

YouTube is also embracing Coachella with a sweepstakes giveaway featuring lifetime Coachella passes in the form of an NFT. Fans need to create a YouTube Short to enter and answer the prompt, “Who would your dream +1 be if you won Coachella passes for life?” using the hashtag #YouTubeCoachellaSweepstakes. More details about the contest and how to enter can be found here.

Also, for the first time, YouTube Shopping will offer virtual viewers a chance to purchase exclusive artist merch. Custom merch from festival performers Billie Eilish, BROCKHAMPTON, and Flume will drop on Saturday, April 16 and will be available all day. The same set of merch will also be available to purchase during Weekend 2 of the Coachella festival.