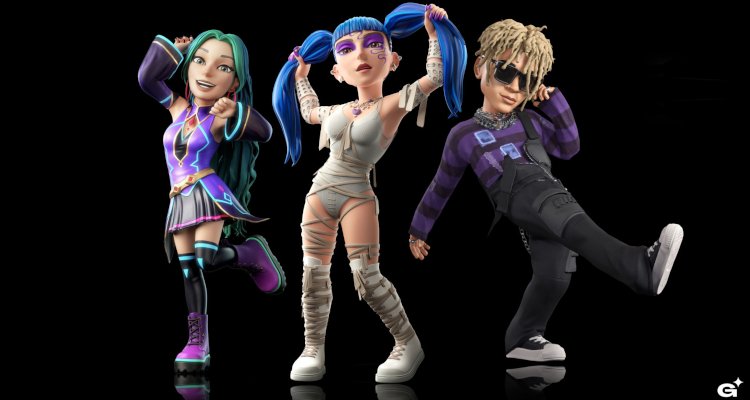 Avatar-technology company Genies, which counts Offset, 50 Cent, The Chainsmokers, and whiskey entrepreneur A$AP Rocky as investors, has announced the completion of a $150 million Series C funding round.

Los Angeles-headquartered Genies, which “provides consumers and celebrities with the tools to create high-quality avatars,” just recently revealed the $150 million Series C. Silver Lake, a backer of Endeavor, Oak View Group, Jio, Peloton, and Madison Square Garden Sports, led the round, which brought with it a $1 billion valuation for five-year-old Genies.

Existing investors BOND, NEA, and Tamarack Global also participated in this newest raise, and higher-ups intend to put the $150 million windfall towards “continuous hiring across engineering” as well as the expansion of “the core technology of Genies’ avatar universe.”

Regarding the capital influx’s significance within the music industry, Genies acknowledged that it boasts “a 99% celebrity avatar market share” and serves as the “‘official avatar and digital goods NFT provider’” for both Warner Music Group and Universal Music Group.

Of course, Warner Music has made all manner of plays in the NFT and metaverse spaces, and Universal Music has gone as far as launching a virtual “band” consisting of characters from the Bored Ape Yacht Club NFT project. (Said project’s owner, Yuga Labs, raised a staggering $450 million at a $4 billion valuation late last month.)

Bearing in mind the points – and Genies’ January of 2022 announcement that “every single creator (talent and users alike) now owns their Genie” – the Bitmoji alternative emphasized the perceived creative and monetization potential associated with building projects around avatars.

“As a core pillar of Genies’ vision, creators have full ownership and commercialization rights of their Genie avatar creations and can utilize them in any way they choose – ranging from creating a show or movie or starting a new brand – unlocking entirely novel forms of creativity, expression and monetization,” execs indicated.

And in a statement, Genies founder and CEO Akash Nigam (who also established metaverse-investment company Humans, where he serves as general partner) further touted the purported long-term significance of avatar-related digital environments.

“We believe avatar ecosystems are going to shape Web3 the same way that mobile apps defined Web2,” said Nigam. “With every advancement of the internet, an expansive new region of entrepreneurial skill sets is born. In Web3, Gen Z avatar ecosystem builders are going to be the leaders of innovation and, through our creator tools, we strive to empower their wildest imaginations, ideas, and experiences as avatar creations.”

Earlier this week, Fortnite developer Epic Games drew a $1 billion investment from Sony Music’s parent company, and non-fungible token startup Fuel closed out March by pulling down almost $2 million and predicting that 2022 will “be the year of music NFTs.”