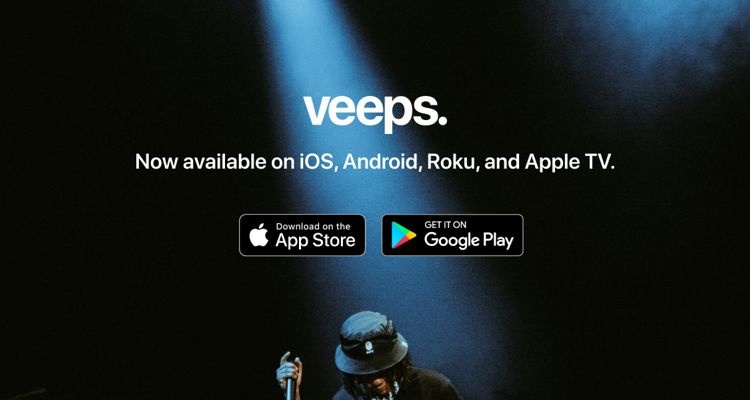 Upcoming live streamed concerts inside the app include Kings of Leon at London’s O2 Arena, dancers Galantis at the Red Rocks Amphitheatre in Colorado, Indigo Girls, Icelandic rock-blues band Kaleo, and Guns N’ Roses’ Slash and his group with Conspirators.

Veeps allows viewers to tune in to these concerts directly from their television sets. “We think that the future of concert streaming is fans in all corners of the globe having access to every tour, and getting concert streams natively into TVs and phones is a game changer for artists and their fans,” says Joel Madden, one of the Founders of Veeps.

“It puts Veeps shows right next to your favorite TV show, documentary, or blockbuster movie and gives live concerts the same viewability and discoverability as any other type of premium content,” Madden adds.

Traditional concerts are having a boom moment in returning, but not everyone has been successful. The organizers of the This Is Tomorrow festival in the UK cancelled their 2022 plans due to an “oversaturated market.” The pandemic has made people comfortable with watching live streams of events they can’t personally attend, too.

According to a survey from the announcement, four out of five people plan to continue watching live streams. 90% of respondents said they would pay for a live stream of a concert they couldn’t personally attend. The Veeps apps are now available for free on Apple TV, Roku TV, iOS, and Android platforms.