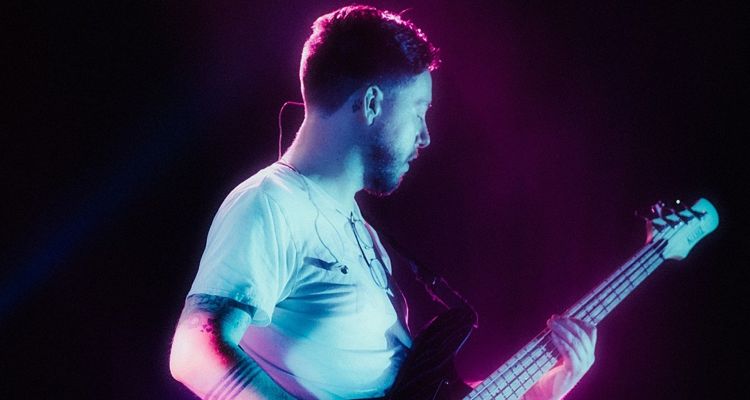 The band posted the statement to Twitter earlier today, saying Feerick passed away unexpectedly. “We are absolutely devastated to share the news that our friend and bass player, Tim Feerick, passed away last night,” the statement begins. “We ask that you respect our privacy and that of Tim’s family while we deal with this heartbreaking and untimely loss.”

Dance Gavin Dance vocalist Tilian Pearson also shared a statement on Instagram about Feerick. “I love you, Tim. I regret not telling you more often. Your life brought me so much humor and joy. You made an impact on those around you, and your musical legacy will live on beyond any of us.”

So far, a cause of death for bassist Tim Feerick has not been released yet.

Last year, Dance Gavin Dance announced its drummer was leaving the band’s tour for rehab. That move came after Matt Mingus was unable to perform at a Detroit show in September 2021. “Following the events that occurred at our Detroit show on Saturday, we wanted to share some further info with fans,” that statement began.

“Matt Mingus is, unfortunately, battling with substance use issues. Matt, along with the band and our team, has decided that the best course of action is for him to immediately go to an in-patient rehabilitation facility to allow him to recover. Matt is and has always been an integral part of Dance Gavin Dance.

Dance Gavin Dance was set to play Swanfest on April 23; it’s unclear if that performance will go forward following the death of Tim Feerick.

Tim Feerick first joined Dance Gavin Dance in 2009, following the release of their third album, Happiness. He was announced as a full-time member of the band in 2012 and has contributed to five full-length albums since then. Feerick played on Acceptance Speech (2013), Instant Gratification (2015), Mothership (2016), Artificial Selection (2018), and Afterburner (2020).