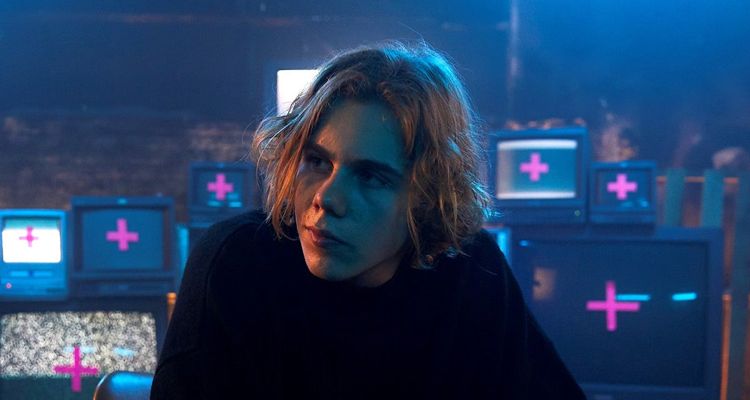 The Kid Laroi has stirred up some imaginary beef with Scooter Braun on social media, trying to inspire a new TikTok trend.

In a short clip shared to social media on April 13, the Australian artist asks fans to share their own ‘last mistake.’ The video is set to “Thousand Miles,” and you can hear the refrain, “Here goes another mistake I know I’m gon’ make, I know I’m gon’ make tonight,” as images of ex-manager Scooter Braun shuffle in the background.

Braun posted a story to Instagram on Thursday morning, revealing the idea was run by him before it went up.

“People from the media thinking you and I got real beef,” Braun appears to have texted his ex-client with the cry-laughing emoji. “LMAO, I’m dead,” Laroi responds to the text. “Don’t believe everything you see on the internet,” Braun captioned the story – but included a plug for The Kid Laroi’s new song, which is dropping on April 22. 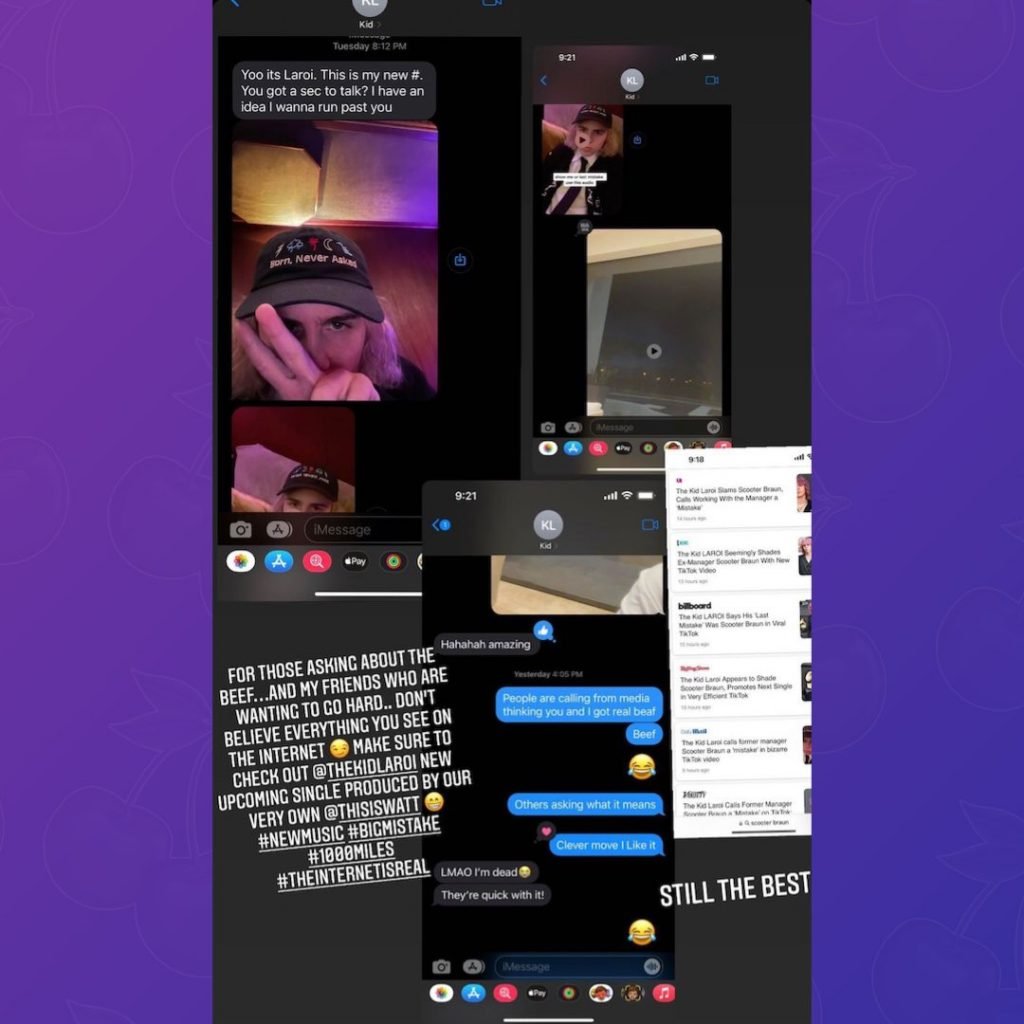 Most of the celeb gossip sites who reported the news on Wednesday were eagerly leaning into the idea of beef between Scooter Braun and another ex-client. Taylor Swift and Braun have famously minced words with one another several times. The Kid Laroi first started working with SB Projects in June 2021, just a few months before the release of his collab with Justin Bieber, “Stay.”

By October 2021, the collaboration seemed to be kaput. A report from Billboard reveals that The Kid Laroi was unhappy with Braun’s hands-off approach to developing his career. Those sources called Laroi’s ultimate decision to sign with Leber “a very easy pivot.”

At the time, Scooter Braun released a statement wishing Laroi the best. So drumming up some imaginary beef for the gawker media to drool over is just the kind of troll Scooter Braun would enjoy. “I am rooting for him always, and he knows that,” Braun said at the time.