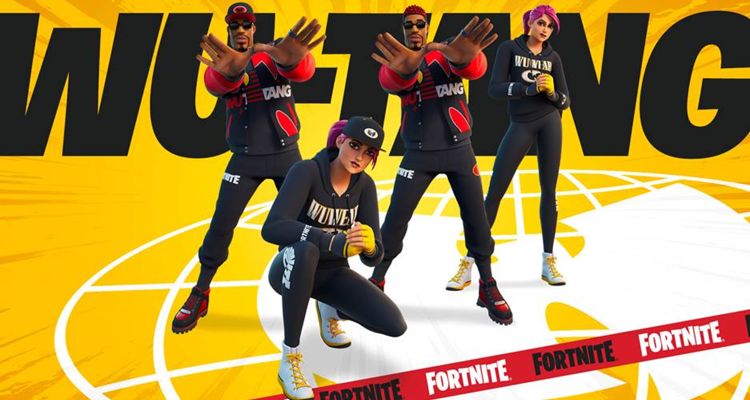 Wu-Tang Clan has teamed up with Epic Games to drop new verch in Fortnite, alongside a real-world merch drop.

Verch is virtual merchandise that music fans can buy inside their favorite games, like Fortnite and Roblox. Fortnite regularly partners with musicians like Marshmello and Travis Scott to release verch for fans to buy. Now one of the most influential groups in the hip-hop scene is joining the Fortnite metaverse.

On April 23 at 8 pm ET, Wu-Tang Clan items will be available in the Fortnite Universe. Players can choose from two iconic outfits – Throwback BG and B.R.I.T.E. Those two items also include several matching accessories in the Fortnite Item Shop. The Back Bling in these outfits is reactive to any music.

To commemorate the Wu-Tang Clan’s arrival in Fortnite, the group is also doing an ‘IRL’ merch drop. Wu-Tang has partnered with Epic Games for the Wu-Tang x Fortnite collab apparel drop, which will feature real-world versions of the verch featured inside the game. The real-world merchandise drop is happening simultaneously alongside the verch drop. You can find more details about obtaining the Wu-Tang merch here.

“Fortnite has been in my household for years. It’s been a pleasure and joy watching the game evolve, while becoming the go-to pastime,” says RZA. “This collaboration is a multi-generational ‘drip’ of swag and cool. If what you say is true, Fortnite and Wu-Tang could be Fortangerous.”

Oddly enough, Epic Games doesn’t seem to have announced an in-game performance from Wu-Tang yet. Alongside the press release is a note from Epic Games that reads, “Epic Games is committed to continuing to bring exciting music experiences to Fortnite for players. We’ve had global stars coming into the game, and we’ve also had break-out stars too with Soundwave Series.”

Also available as part of the Wu-Tang verch drop are the Wu-Tang is Forever Emote, the Shimmy Surfer Glider, and the Wu Wrap. You can find more information about these items in the Fortnite metaverse on the Fortnite website.