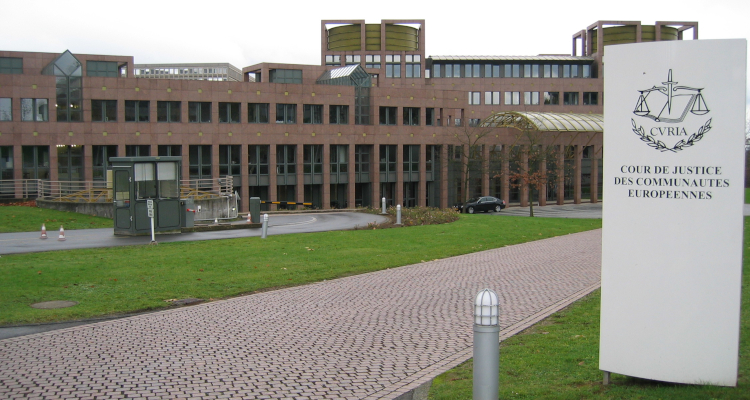 The building for the EU’s Court of Justice in Luxembourg. Photo Credit: Cédric Puisney

The Court of Justice has officially upheld Article 17 of the controversial EU Copyright Directive, which makes certain “online content-sharing service providers” (as opposed to users) liable for the unauthorized use of protected media. Music industry organizations including Impala and the European Composer and Songwriter Alliance are reacting to the decision.

The EU’s highest court just recently rendered the judgement as part of an action brought by Poland back in May of 2019. European Parliament members voted in favor of the overarching Directive on Copyright in the Digital Single Market – which has long been debated and criticized, including by tech giants like Facebook and Google – in March of 2019.

While the legislation formally went into effect later that same year, individual EU member states had until summer of 2021 to adopt the systems and measures required to adhere to the law’s broader framework. Presumably because of the expenses and logistical considerations associated with said systems and measures, though, the vast majority of European Union nations failed to comply with the law by the deadline.

In any event, Poland maintained that the aforementioned Article 17 violated Article 11 of the EU’s Charter of Fundamental Rights, and particularly the “freedom to hold opinions and to receive and impart information and ideas without interference by public authority and regardless of frontiers,” by compelling online-service providers to screen user uploads via filters.

Poland was specifically seeking the annulment of the second and third paragraphs within Article 17’s fourth section, centering on the liability that content-sharing services would face (in the absence of a licensing deal) if they failed to make “best efforts to ensure the unavailability of specific works and other subject matter for which the rightholders have provided the service providers with the relevant and necessary information.”

Additionally, the same component of the EU Copyright Directive emphasizes the liability that content platforms would be subject to if they didn’t demonstrate that they’d “acted expeditiously, upon receiving a sufficiently substantiated notice from the rightholders, to disable access to, or to remove from their websites, the notified works” and “made best efforts to prevent their future uploads.”

But in today’s ruling, the Court of Justice found that Article 17 of the EU Copyright Directive “is accompanied by the necessary safeguards to ensure that that obligation [to review user uploads] is compatible with freedom of expression and information.”

“The EU legislature — in order to prevent the risk which, in particular, the use of automatic recognition and filtering tools entails for the right to freedom of expression and information of users of online content-sharing services — laid down a clear and precise limit on the measures that may be taken or required in implementing the obligations laid down in that provision, by excluding, in particular, measures which filter and block lawful content when uploading,” the Court of Justice claimed in a release announcing its decision.

A content-filtering system that “might not distinguish adequately between unlawful content and lawful content,” potentially blocking protected speech, would however “be incompatible with the right to freedom of expression and information,” the court said.

From there, the Court of Justice indicated that Article 17 provides exemptions for “parody or pastiche” uploads – needless to say, though, online platforms could well err on the side of caution in this department – besides including “several procedural safeguards, which protect the right to freedom of expression.”

Content-sharing platforms’ obligation to review and filter user uploads under the law “has been accompanied by appropriate safeguards by the EU legislature in order to ensure respect for the right to freedom of expression and information of the users of those services, and a fair balance between that right, on the one hand, and the right to intellectual property, on the other,” the court concluded.

“Nonetheless, Member States must, when transposing Article 17 of the Directive into their national law, take care to act on the basis of an interpretation of that provision which allows a fair balance to be struck between the various fundamental rights protected by the charter of fundamental rights.”

As mentioned at the outset, the likes of Impala and the European Composer and Songwriter Alliance (which is funded in part by the European Union) have responded to the Court of Justice’s decision.

“We welcome the Court’s conclusion that Article 17 is compatible with fundamental rights,” Impala executive chair Helen Smith said in a statement emailed to DMN. “The ruling confirms that Article 17 has all the necessary safeguards. This means that the best approach for member states who have not yet implemented Article 17 is to stick to the text of the directive. IMPALA’s view has always been that Article 17 is a balanced outcome and the court’s confirmation of this is welcome.

“Correctly implemented, Article 17 will rebalance relations between rightholders and platforms, give a recovery boost to the sector at no costs for governments and ensure citizens’ fundamental rights are respected, as well as those of creators,” finished the more than 15-year Impala veteran Smith.

“The European Composer and Songwriter Alliance (ECSA) welcomes this judgement which demonstrates that improving the remuneration of creators and fostering freedom of expression are two fundamental objectives that actually support each other, to the benefit of the society as whole,” the ECSA communicated in a statement of its own.

“The highest EU Court also sends a signal to all EU Member States who have not yet implemented the Directive: there is no excuse nor time to lose to implement the 2019 Copyright Directive and ensure that music creators can finally be fairly remunerated for their work,” relayed the organization.