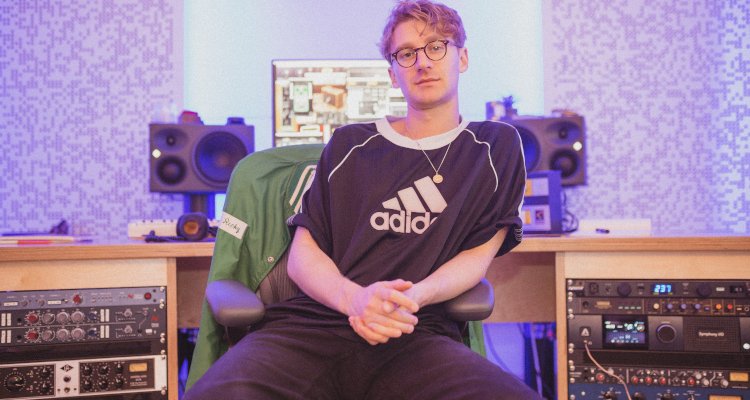 After finalizing an extended agreement with the estate of Juan Gabriel, beginning to represent the work of Elvis Presley, and then closing a deal with The Weeknd in April, Universal Music Publishing Group (UMPG) has kicked off May by signing Glass Animals frontman Dave Bayley to a global publishing pact.

Universal Music Publishing Group, which posted a 12.6 percent year-over-year revenue jump in 2021, unveiled its “exclusive, global publishing agreement” with Dave Bayley today. Much of the corresponding press release highlights the professional accomplishments of Bayley and Glass Animals, and UMPG communicated that the Oxford-based group has sold a quarter of a million tickets to its U.S. shows for 2021 and the remainder of 2022.

In addition to continued ticket-sale success, UMPG acknowledged the commercial results of Glass Animals’ Dreamland (2020), the 12-year-old group’s “highest-charting” (and only RIAA-certified Gold) record. On this third studio album from the one-time Grammy-nominated act, Bayley is the sole songwriter on 12 of 16 songs, including “Heat Waves” (1.54 billion Spotify streams).

Addressing the partnership, UMPG chairperson and CEO Jody Gerson indicated that she’s “delighted” to begin amplifying “Dave Bayley’s talents as a writer and producer, not only for his band but also for other artists who inspire and excite him.”

And in a statement of his own, Bayley emphasized the perceived potential associated with the UMPG agreement, particularly in terms of exploring various components of the creative process.

“There’s so much I want to learn and so much music I want to make in so many different areas – from Glass Animals records, to pop songwriting, to experimental sound design, to scoring,” he began.

“When it came time to re-sign my publishing, there were so many wonderful people, ideas and opportunities around that I began to feel a bit lost, but Universal Music Publishing and the incredible team of people there had drawn a long and clear path for me through those ideas… it just felt like a journey I wanted to take. I can’t wait to see what the future holds!” concluded Bayley.

More broadly, the deal between Bayley and UMPG appears indicative of an ongoing shift in the publishing and wider song-rights spaces, for recent weeks and months have brought with them something of a slowdown in high-profile partnerships and massive buyouts alike.

To be sure, the major labels (and their respective publishing divisions, of course) in January and February of 2022 inked deals involving the work of David Bowie, Sting, Bob Dylan, and Neil Diamond, after Sony Music in December of 2021 dropped a reported $500 million on Bruce Springsteen’s catalog.