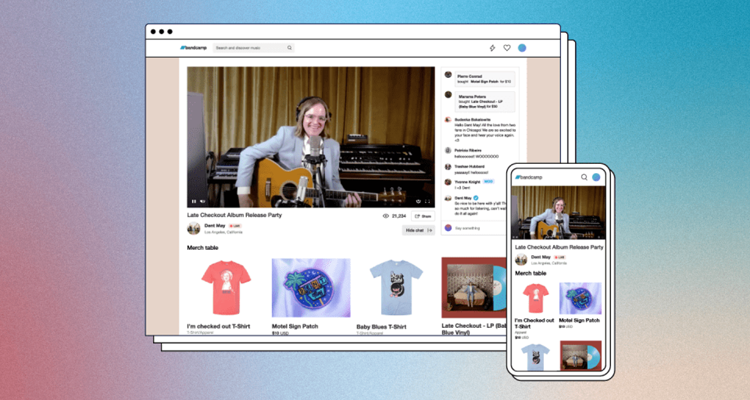 Bandcamp has filed legal papers seeking an injunction to stay in the Google Play Store. The Epic-owned direct-to-fan site is joining the litigation vs. Google.

Both Google and Apple are insisting that they must maintain tight control over their respective app stores. That includes app developers collecting payments using their respective services, so Google and Apple get their cut. Many app owners are arguing in courts that these rules are unfair, giving tech giants an advantage. Epic Games and Spotify are two of the biggest names fighting against the so-called 30% App Store Tax.

Both Google and Apple deny that their rules for their app stores are anti-competitive. But both tech giants have made changes to the rules based on the pending litigation.

Apple is relaxing a rule that says so-called reader apps can now start pointing to alternative payment methods. Both Spotify and Netflix are classed as reader apps, since users access the content via the app rather than purchasing it there. Audible is not a reader app, since purchases can be made and accessed directly inside the app.

Google is taking it a step further by allowing reader apps to collect their own in-app payments on Android. It is testing a trial program were apps like Spotify can offer their own payment system in addition to Google’s built-in Play Store. Whether that test will make it out of beta remains to be seen. But Google has also changed a rule that has ruffled Bandcamp’s feathers.

Previously, apps were not forced to use the Google transactions system when selling digital content if it was consumed outside the app. Think music and album downloads that are played on a device using a different app. However, Google has changed a rule that says the sale of content does have to use its in-app payment system. Google says apps that have not implemented the new change will be removed from the Google Play Store starting in June.

Bandcamp says it spoke with Google about the change and the company said it would impact the Bandcamp app. Google offered a special commission rate of 10% – but that doesn’t work for a site that tries to minimize fees for artists and music fans.

“Google’s policy change does not work for our community or our business,” says Bandcamp Co-Founder Ethan Diamond. “Even at a revenue share rate of 10%, we would have to either pass those fees on to consumers (making Android a less attractive platform for music fans), pass those fees on to artists, or run our Android business at a long-term loss.”

Bandcamp also notes that a shift to Google’s payment system would also change how quickly artists on the platform get paid. Currently Bandcamp pays artists 48 hours after a sale. Using the Google system would make artists wait up to 45 days for payment. Google Play billing also doesn’t handle the sale of physical retail products – which is a core part of Bandcamp’s business. You can read the full legal filing here.